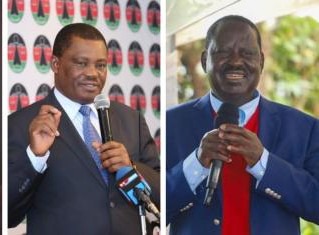 National Assembly Speaker Hon Justin Muturi, has castigated the Orange Democratic Movement (ODM) party leader Raila Odinga over his claims that he is the one who designed Thika Super Highway. Muturi argued that Raila is lying to Kenyans just to get elected as President and there's no evidence in the Ministry records that he is the one who drew the design.

Speaking in a meeting at Gatundu South in Kiambu County, Muturi claimed that Raila is lying to Kenyans that he is the one who designed Thika Super Highway since there's no record for that. He therefore told off Odinga to stop lying to Kenyans but instead he should just tell Kenyans what he is going to do for them if he is elected. There's no need of lying so as to get elected as president. 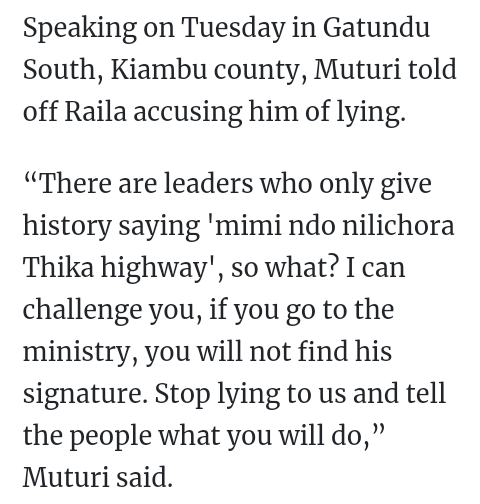