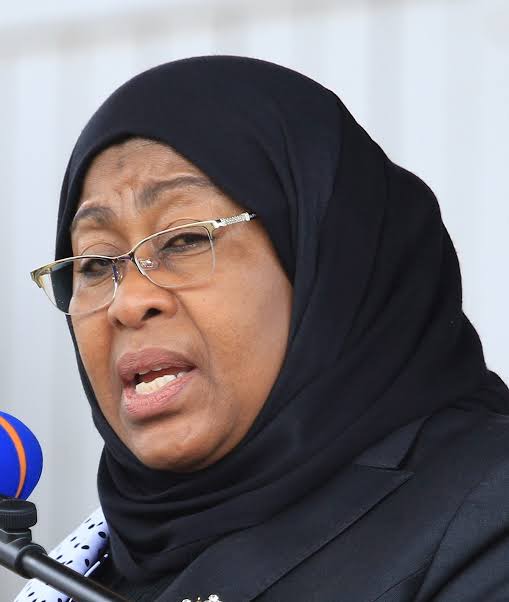 As we are speaking, death has stroke Tanzania yet again. The country is currently in mourning again after death taking away President Samia Suluhu's Top engineer thus leaving her in deep mourning.

Through her official twitter account, President Samia Suluhu condoled the deceased as she stated that the engineer known as Patrick was a very influential person especially when it came to constructions of roads, bridges, railway and electricity in the country. 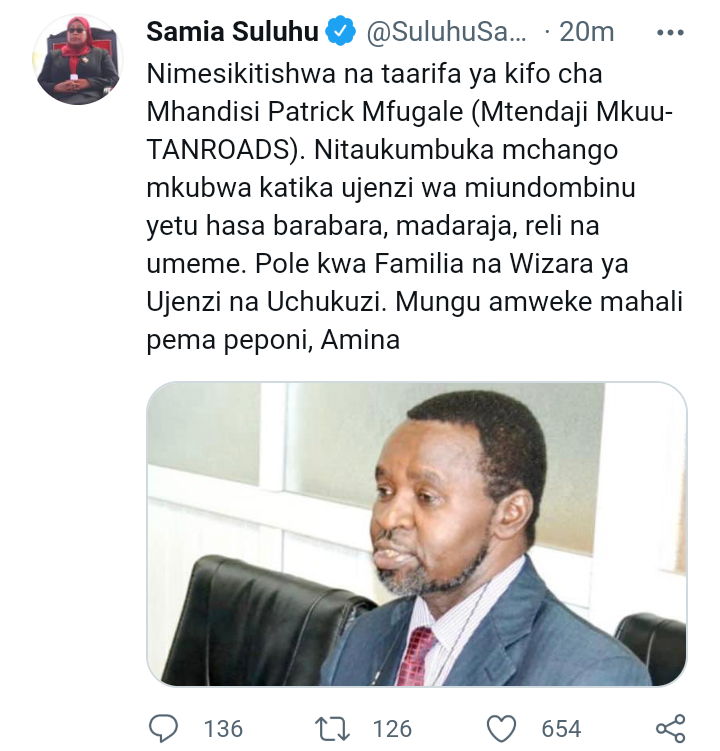 It is a very sad moment to President Samia Suluhu and the people of Tanzania. May the deceased rest in peace.