Western Region of Kenya is among the vote-rich areas where key presidential aspirants are keen to win in a bid to make their respective presidential ambitions realities.

The two leading presidential contenders- Deputy President William Samoei Ruto of Kenya Kwańza Alliance and Raila Amolo Odinga of Azimio are leaving nothing to chance as far as their intentions to take full control of the vote-rich Mulembe Nation is concerned. 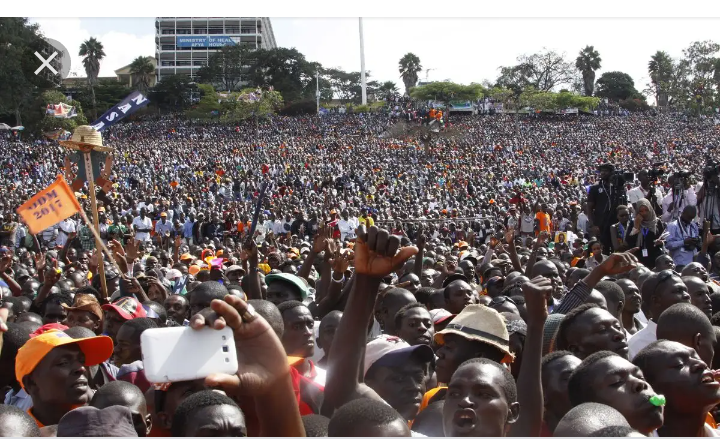 Ruto has already promised a third of the Kenya Kwańza government to both ANC and Ford Kenya parties under Wycliffe Musalia Mudavadi and Moses Wetangula respectively on top of other plum slots as per their pre-election pact.

Raila too had promised to give the National Treasury slot to the region Kakamega county governor Wycliffe Ambetsa Oparanya and the Senate Speaker position to former National Assembly Speaker Kenneth Otiato Marende. 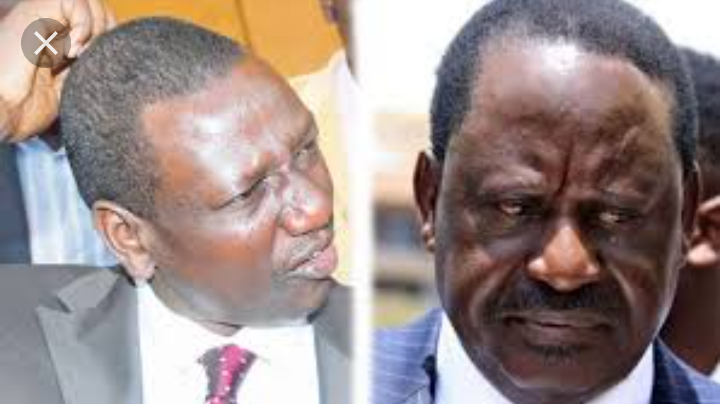 While speaking on a campaign trail of Bungoma County on Sunday, Raila has once again thrown out goodies to the Mulembe Nation by promising to incorporate Defence CS Eugene Wamalwa into his Government.

With Oparanya hailing from Kakamega and Marende from Vihiga,this latest move by Raila has been interpreted as a well-calculated move to deliberately bait in the Trans-Nzoia and Bungoma counties through the promise to Eugene Wamalwa. 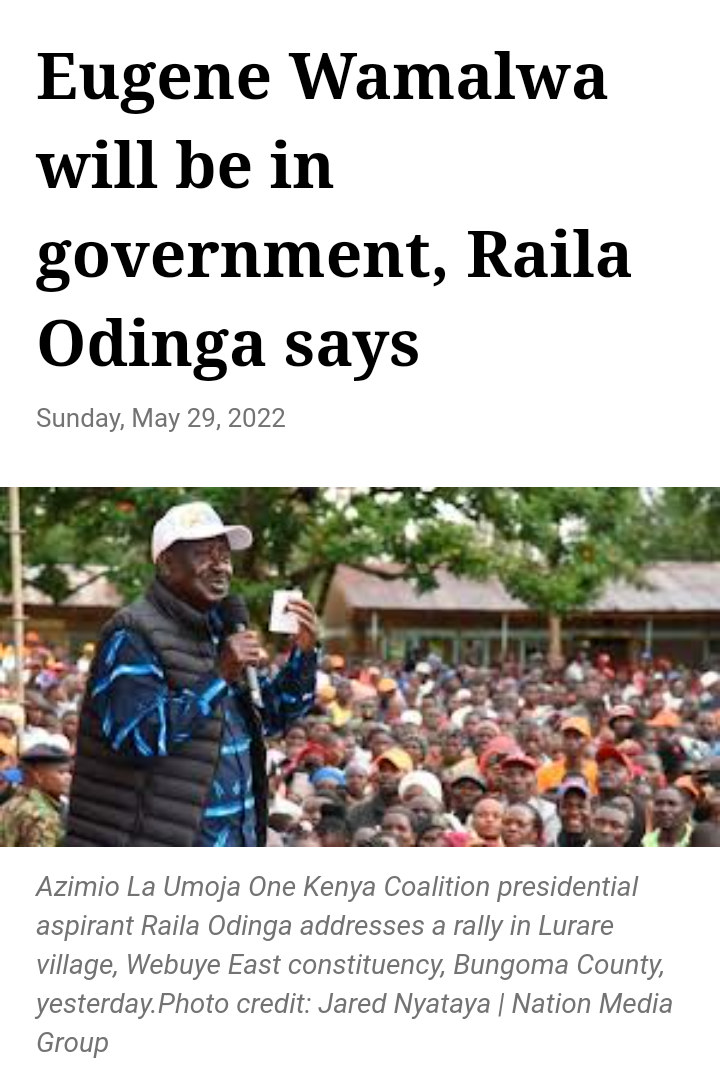