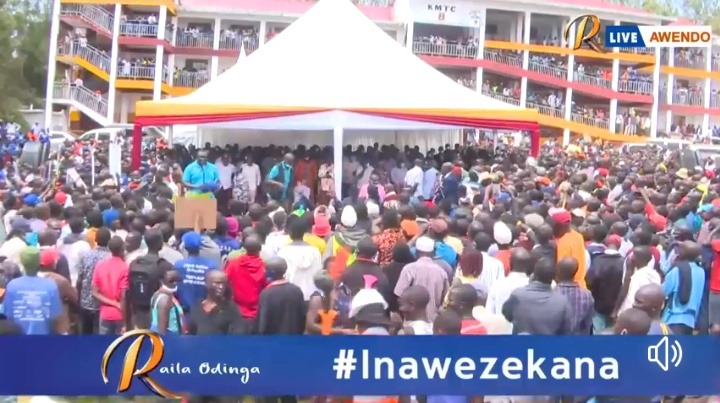 Speaking during the official opening of KMTC Awendo branch in Migori County today, Mbadi, who spoke in Dholuo language, said that Migori governor Zachary Okoth Obado is not only competing with Raila but the entire Luo Nation.

He said that in all Raila's previous attempts, their is no single year that the Kikuyu community have ever debated on voting for Raila.

"There is no day the Kikuyu community have ever debated of voting for us except this one. We cannot therefore joke to miss this golden chance," Mbadi said.

The vocal ODM chairman said that governor Obado must know that this is the only chance Raila has to get to the top seat.

He told the Luo Nation that if they miss the presidency in 2022, then they may all die without seeing the top seat.

"My message to governor Obado is that you are not competing with Raila but the entire Luo Nation because this is the only chance we have," Mbadi said.

"If Raila don't become the President, then we may all die without seeing the presidency," he added as crowd went wild with excitement.

In his message to Deputy President William Ruto, Mbadi told the DP that Kenya is not ready for him. He claimed that Ruto is deceiving and corrupt leader.

"I want to tell Ruto that Kenya is not ready for a deceiving, corrupt and misleading leader," Mbadi said.