Laikipia women representative Cate Waruguru has come out to declare that she will be in the next parliament even though she is not vying for any elective seat. Waruguru who was speaking on KTN News during a Friday interview revealed that DP Ruto had promised her nomination to the 13th parliament. 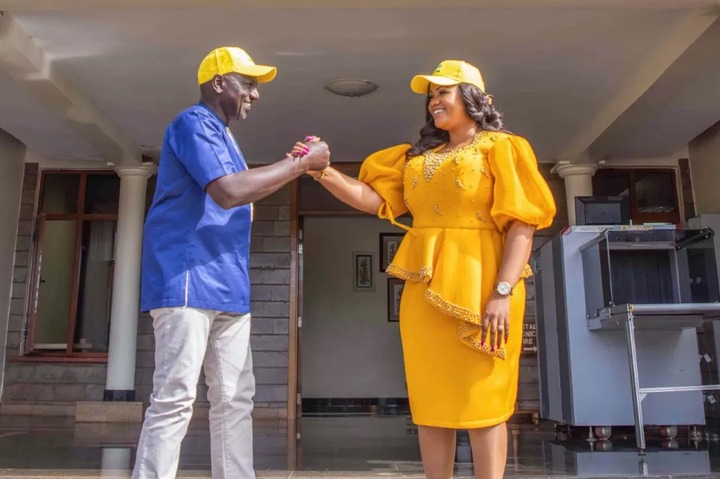 Waruguru was seeking to fly the UDA parliamentary flag for the Laikipia East constituency but lost to the incumbent MP Amin Deddy in the party primaries. She protested the loss terming the entire process shambolic and unfair.

She stated on KTN News that she had a private meeting with her party leader William Ruto who listened to her complaints and assured her a nomination to parliament if he wins in the August polls. The vocal MP went ahead to brag about how she will be sworn in as an MP before those contesting for the parliamentary seats arrives.

“The most important thing is that I will be in the 13th Parliament. I will be sworn in even before those who are contesting arrive. There are many ways to get to Parliament. I spoke with the DP and I reiterated my loyalty to the Kenya Kwanza alliance and the UDA party. He understood the basis of my argument, especially when I underlined that the party primaries were unfair,” said Waruguru.

The Laikipia legislator submitted that her primary goal at the moment is to campaign for Kenya Kwanza and ensure Ruto ascends to the statehouse.

“There were election malpractices and UDA failed the people but I will not let my frustrations divert my attention from my main goal. The main goal is campaigning for Ruto and I being in Parliament,” Waruguru added.

Political analysts have observed that DP Ruto has been dishing out promises to nomination losers so that he can continue to keep them in the party. They noted that it is a brilliant strategy but might backfire if he fails to honor his word in the event that he wins in August. Most losers have since been appointed as campaign managers or any other task that keeps them busy.

UDA Politician Causes Drama After he is Denied Chance to Speak, Walks Away With Mammoth Crowd -VIDEO

Gachagua speaks on his role as a DO

Muturi Says Uhuru Questioned His Decision to Work with Ruto