By Tofollo (self media writer) | 2 months ago 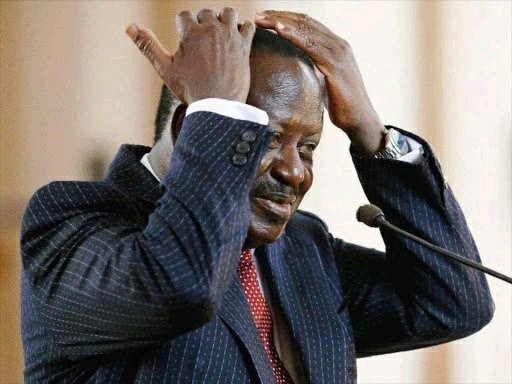 In a report via Citizen TV, Raila Odinga countered that the Supreme Court was unreliable and should be dissolved and people sent home accusing them of not making fair decisions in his presidential case .

"Azimio calls for the complete dissolution of the Supreme Court. Azimio accuses the S. Court of contributing to the creation of a false democracy. Azimio calls the S. Court. The courts are a danger to the democratic mandate,” the report reads.

However, Kenyans reacted to the report expressing different views as follows;

One of the Kenyans said: "I feel for Raila. His advisers are really out of touch with reality. He's still stuck in election time. His foot soldiers are all over the place. everywhere refute anything Ruto says even though they know it's true". Honestly, I feel for Raila. "

Another Kenyan identified as Jeremy said: "I urge Kenyans to reject the anarchists who believe that democracy only exists when things go their way... Rejection... vandals of the constitutional office, say no to their faces." 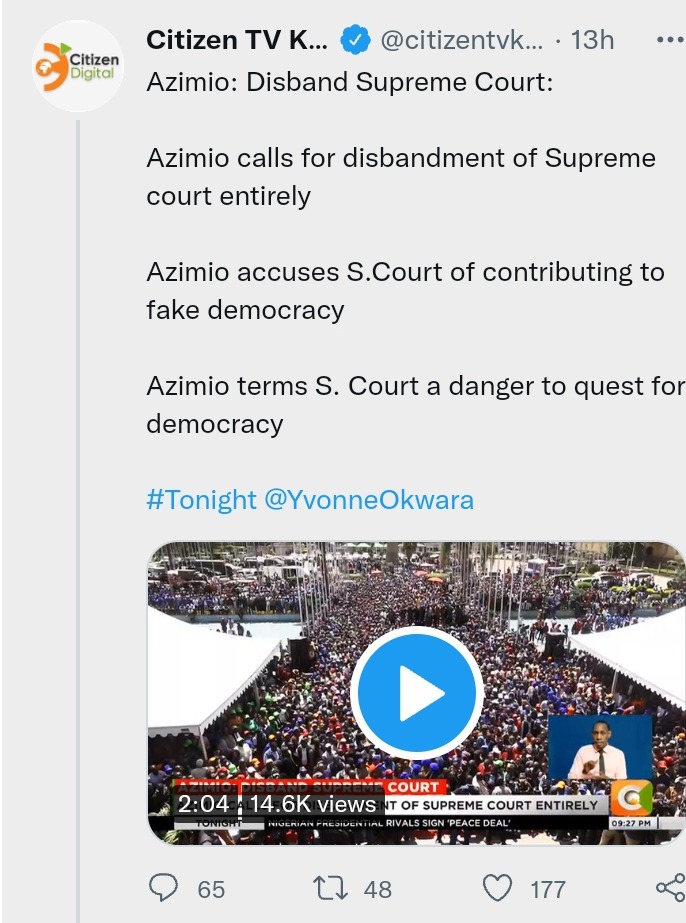 This is not the first time Raila Odinga has protested against the judiciary calling for its dissolution, with the leader of the Orange Democratic Movement party openly stating that "they [the judiciary] should not threaten or extort money. people to express themselves".

Adding that "Shame on the judiciary. If they cheat, we have the power as the people of this country to bring them home and reform the institution. We can bring a million [people] protested in front of the judiciary and asked them to go home, they will go home.

Content created and supplied by: Tofollo (via Opera News )