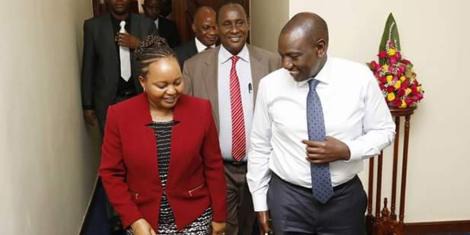 According to sources, Waiguru defected to UDA after meeting with Deputy President William Ruto on Tuesday, October 26, 2021 morning.

Waiguru's decision came amid speculation from political pundits that the governor would lose her seat if she tried to defend it under the Jubilee Party.

During an interview on Spice FM on Monday, September 6, Waiguru hinted that she was thinking about making the switch but remained tight-lipped about it.

She emphasized that the political tide may shift depending on what Kenyans on the ground advocate for.

"I don't believe now is the appropriate time to have that discussion. I can't say I would, but I also can't say I wouldn't. It's politics, but it's a little early. Let's take a look at the ground, shall we? "she explained.

"I'll be spending a lot of time on the ground, which will determine which path I take. The seat I choose will also have an impact on my decision."