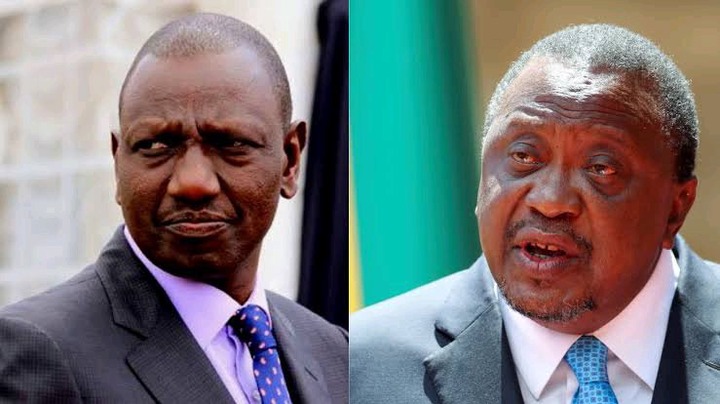 Speaking to the election observers in his office today, Ruto acknowledged that the head of state was only responsible for running the voting system and expressed concerns about the use of voting machines during the August 9 elections.

He asserted that Uhuru will undoubtedly make decisions favoring the Zimio la Umoja. One Kenyan constitutional party as he serves as its council chair.

Ruto explained that Uhuru took control of NIS, claiming that Hillary Mutyambai, the inspector general of police, was incompetent.

The United Democratic Party (UD) candidate stated that the Inspector General was unable to make independent decisions due to the influence of Uhuru on the election.

Ruto stated that the Kenya Kwanza factor was satisfied with the election's preparedness, with the exception of concerns around the use of force.

Former Nigerian President Jonathan Goodluck, who is currently on a pre-election tour throughout the country ahead of the August 9 elections, served as the delegation's leader. 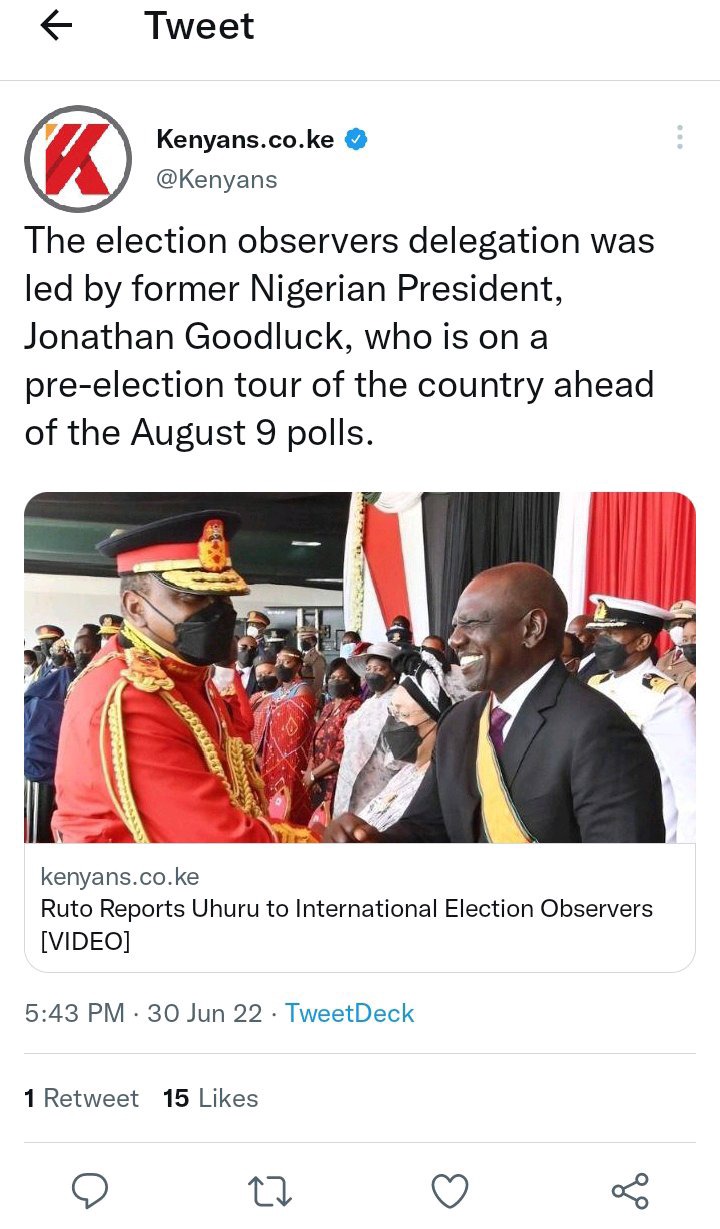