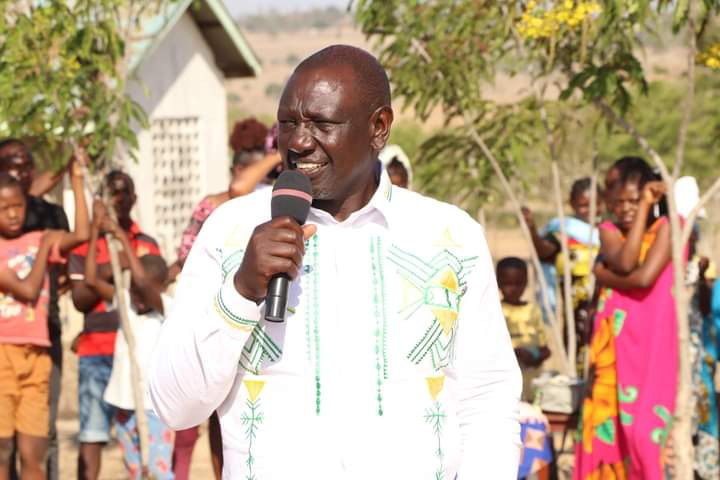 Details are finally out on why Deputy President William Ruto has chosen to work alone and is avoiding alliances with party leaders and their outfits.

The DP, who has formed the UDA party, has remained alone, even as other top political leaders, including his opponents, rush to form alliances for next year.

He has been terming such tribal alliances and has made it clear that those interested in working with him must fold their parties and join UDA.

Details now indicate that he taken this stand due to fear of the issues and problems that normally emerge after the formation of alliances and coalitions.

His ally and Garissa Town MP Aden Duale says that Ruto doesn't trust his fellow politicians after seeing what has been happening, hence the decision. 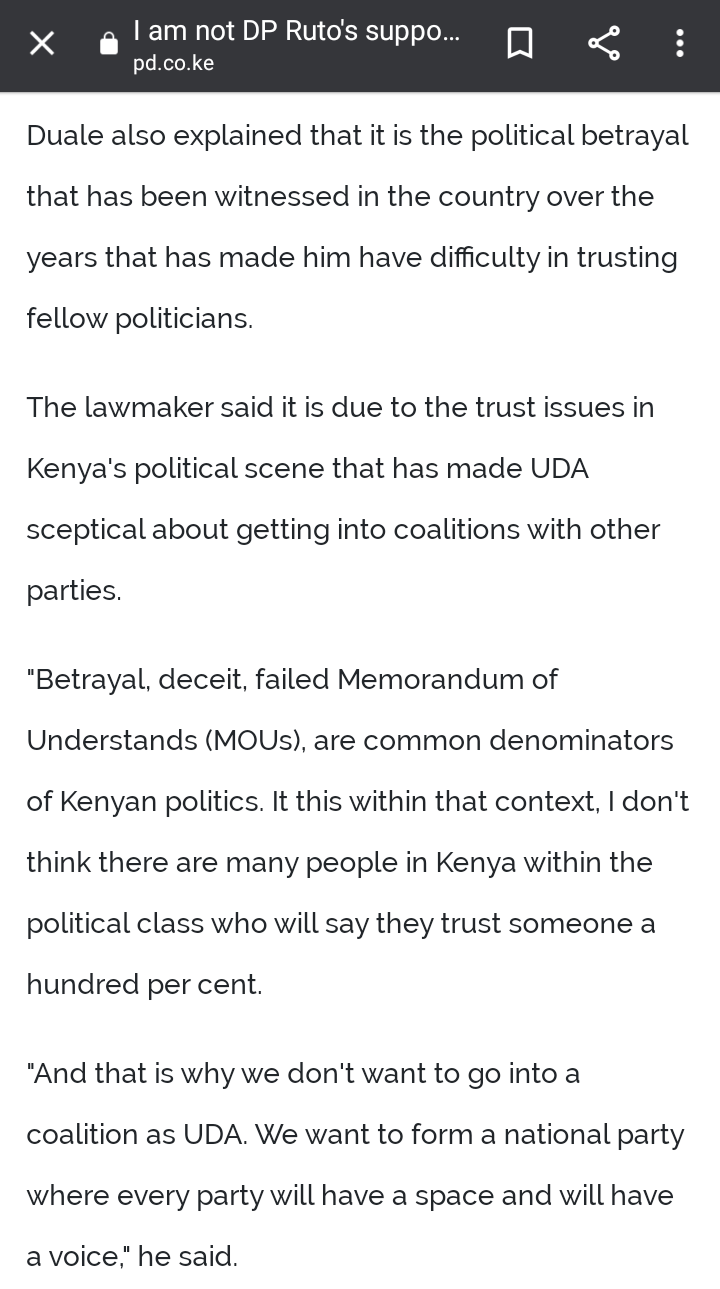 "Betrayal, deceit, failed Memorandum of Understands (MOUs), are common denominators of Kenyan politics. It this within that context, I don't think there are many people in Kenya within the political class who will say they trust someone a hundred per cent," the leader, who is very close to Ruto, has said.

To ensure that he manages to still achieve what alliances are intended to do, Duale is quoted by the People Daily, Ruto has decided to create a big party.

The National Assembly Majority Leader stated that the plan is to form a national outfit that will have representation from all corners of the country.

"And that is why we don't want to go into a coalition as UDA. We want to form a national party where every party will have a space and will have a voice," he is further quoted.

But Ruto's stand seems to be pushing away some of his allies, with the likes of TSP party leader Mwangi Kiunjuri appearing to have abandoned him because of his stand against fringe parties.