Former Law Society of Kenya President Nelson Havi has for the first time spoken after he was floored for the Westlands parliamentary seat by Azimio La Umoja's candidate Tim Wanyonyi.

The Westlands Parliamentary seat was among the closely watched battles and many had tipped the lawyer to cause an upset in the contest but Havi failed to match their expectations. 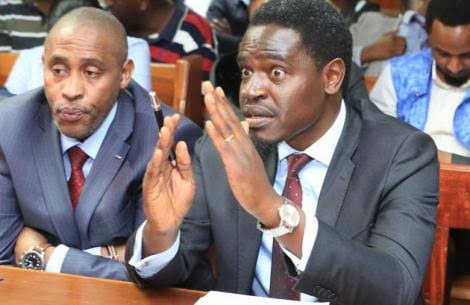 Wanyonyi will be serving the Wetlands people for yet another term in parliament with Nelson Havi who was contesting on a Kenya Kwanza ticket sending his rival a congratulatory message.

While conceding defeat, Havi acknowledged the team that had stood by him throughout the campaign period and admitted to having been the minority in the contest with the majority opting to vote for Tim Wanyonyi.

Havi admitted that they were contended with the outcome of the elections and congratulated Tim Wanyonyi for the resounding victory as he wished he serves the people of Westlands well. 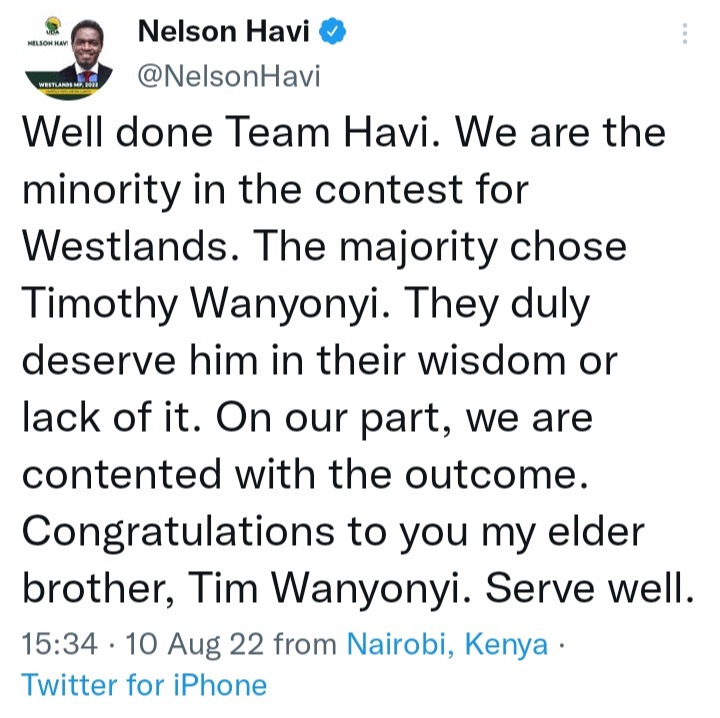 Sad Moments As Three Officers Killed In Turkana Ambush Are Laid To Rest.(Photos).

JUST IN: Ex-Cabinet Ministers in State House for the Second Time to Meet Ruto

Just In : Gachagua Finally Reveals When Unga Prices Will Come Down