Renowned tangatanga blogger Dennis Itumbi has announced that ODM has won the Bonchari seat With about three polling stations to go. The competition was right between the UDA candidate and the ODM candidate Pavel. 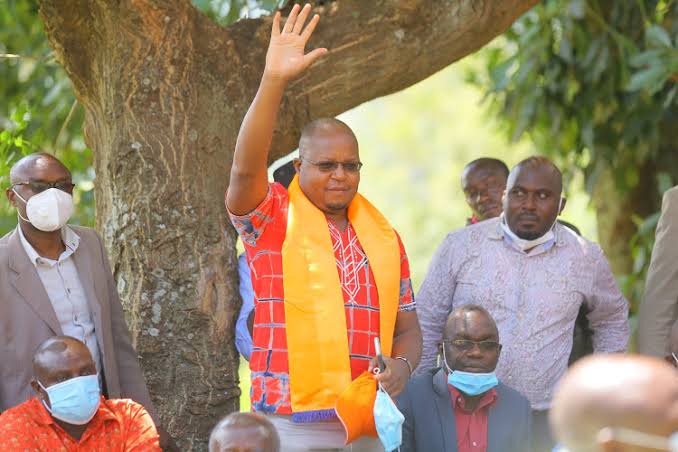 Dennis Itumbi in the few last hours he has been the live-streaming result for the three by-elections in his social media platforms. The blogger went ahead to claim the UDA candidate Teresa Bitutu has been defeated by only 300 votes.

In his latest tweet, he castigated Interior Cabinet Secretary Fred Matiangi for using police for intimidation and trying to rig the elections. He went ahead to claim that Matiangi should be prepared to refund the Ruaraka Land Money. 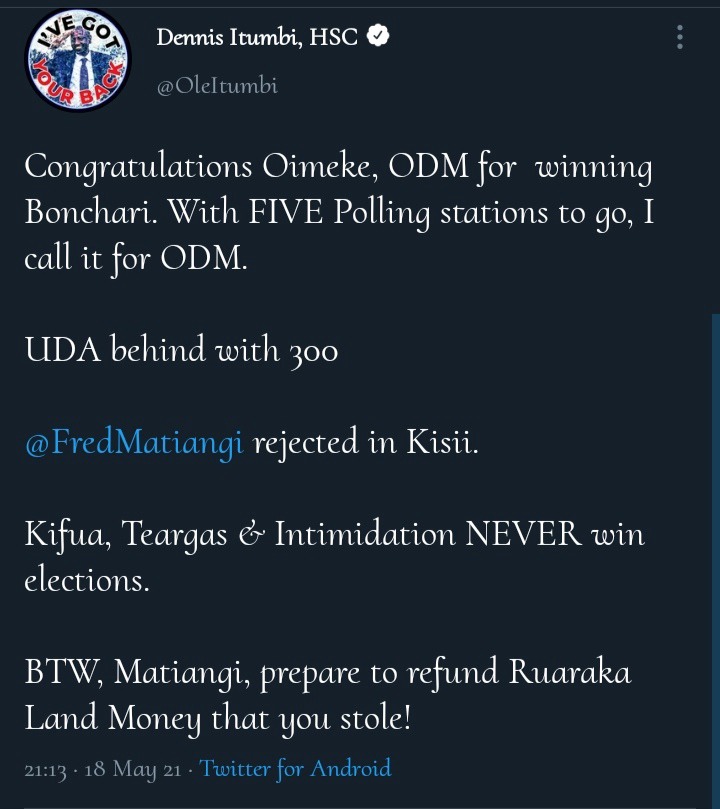 In other news, things are so thick for Jubilee Party in Juja by-election as Moses Kuria candidate George Koimburi is winning with a huge gap. This is an embarrassing defeat for Jubilee despite splashing the cash to the electorates trying to woo them to support the wife of the late area MP Francis Waititu. There were even cases of alleged police officers trying to sneak marked ballots. 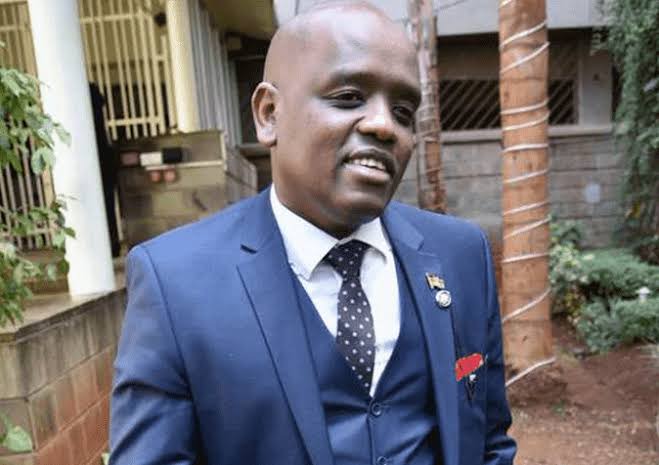 Meanwhile, what is your take?

Sad News to Raila as Three Lawmakers Ditch ODM to Join Ruto, Give This Reason For Their Defection