By Ryndy (self media writer) | 3 months ago 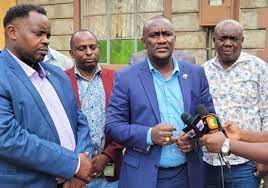 Matungulu member of parliament Stephen Mule has called upon the Kamba Community to rally behind their son, Kalonzo Musyoka, and in turn support the Azimio la Umoja One Kenya Alliance after Kalonzo rejoined the Azimio camp.

Mule who spoke on Thursday during Wiper candidates joint campaign trail in his constituency, argued that the Azimio camp which is rooting for Raila Odinga's presidential bid has a space for them if they form the next government, saying that Kalonzo has negotiated on their behalf and his demands were met.

The vocal lawmaker went on to say Kalonzo being nominated as the Chief Cabinet Secretary in the Azimio government speaks volume on how the Kamba Community is regarded in Raila's camp.

Criticizing Deputy President William Ruto's Kenya Kwanza Alliance, Mule said that the DP has no regard for the community since none of the leaders from Ukambani in his team have been given notable positions should the alliance win the polls. 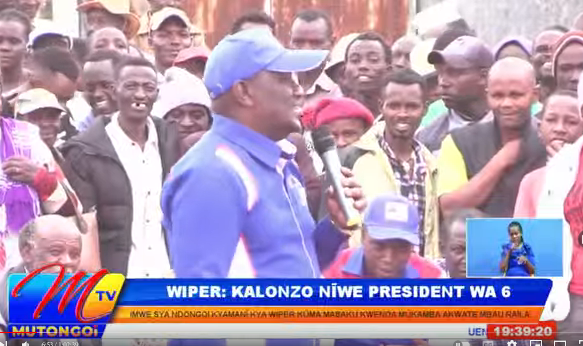 He went on to argue that past remarks by Ruto's running mate Rigathi Gachagua that the Ukambani votes are few, shows how the alliance is taking the region for granted.

"If you look at Ruto's line up, Kambas are missing. His deputy is Gachagua, Mudavadi is the Chief CS, Wetangula is the speaker and others, have you heard any person from our region? That shows that we will not get anything if they win in August, Azimio has several positions for us," he said.

Why Junet, Sabina and Opiyo Wandayi's appointment to the legislature is blocked by the Jubilee Party

How President Ruto Is Implementing The BBI That He Opposed Vehemently.