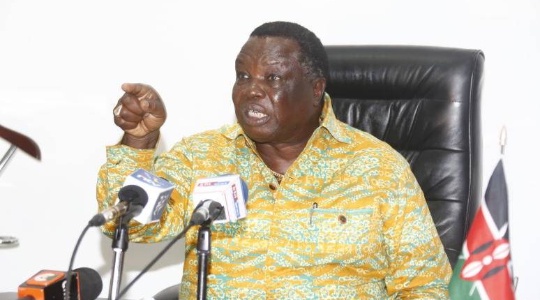 While speaking on an interview with TV 47 on Wednesday, January 19,Atwoli opined that the Azimio la Umoja brigade is now at par with Deputy President William Ruto in the Mt Kenya region. Atwoli said that this is according to research conducted by the COTU Department of Economic Education and Research. 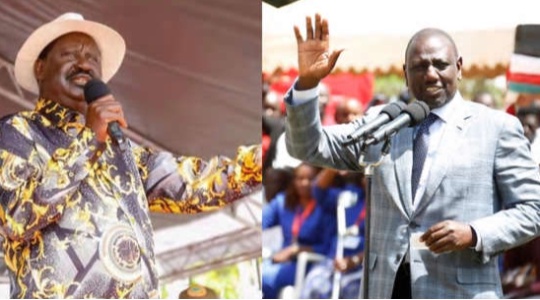 "At COTU, we have numbers, which are not made public for obvious reasons. The head of the department intimated to me that at the moment, Raila and Ruto are necks to neck," Atwoli revealed.

However, Atwoli who is a fierce critic of DP Ruto stated that by April this year, the Orange Democratic Movement (ODM) boss, would surpass the country's Second-in-Command in the region's popularity battle.

"By the time we get to April, Raila would have overtaken Ruto," he declared.

He reiterated his usual sentiments that William Ruti will not become president in the August elections. Atwoli stated that Ruto is not as popular as he thought and should not bank on the numbers in his political rallies. 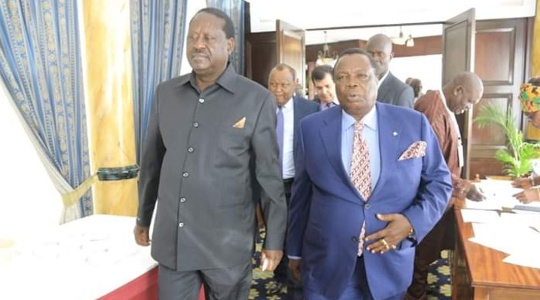 "People go to rallies for various reasons. Some go to put a face to the name, asking if this is the Ruto I hear about. Others go because they hear he dishes out money, while some go for t-shirts. Those are not votes. The real votes will be seen on August 9, 2022," he said.

His sentiments came after a poll conducted by info track released in December last year put Raila ahead of Ruto on nationwide popularity. According to the poll, Odinga garnered 33 per cent, registering an upward trajectory of 20 per cent since 2020 while Ruto, who was popular with 44 of 100 Kenyans, dropped to 32 per cent. However, the Radio Africa poll indicated that Ruto was ahead of Raila by a big margin.

Busia is Baba's Bedroom, Oparanya Declares as Raila Gets a Heroic Welcome in the County