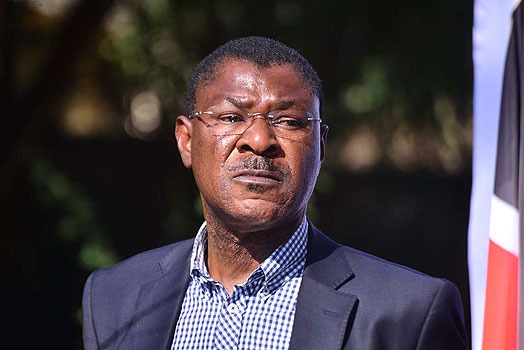 Kenyans have now been informed in what National Assembly Speaker Moses Wetangula is likely to do in 2027 should his candidate in the Bungoma Senatorial By-elections succeed him.

In a statement via The Standard on Twitter, Democratic Action Party - Kenya (DAP-K) Secretary General Eseli Simiyu, alleged that Speaker Wetangula is fronting his Ford Kenya candidate Wafula Wakoli so that it would be an easy win for him should he vie fir the Senate seat in 2027.

According to Simiyu, should Wakoli be elected as Bungoma Senator and he wish to vie for the same seat in 2027, the he might talk to him to step aside.

Simiyu further faulted him for vying for the Bungoma Senate seat in August despite President William Ruto promising him the Speaker's position in his government. 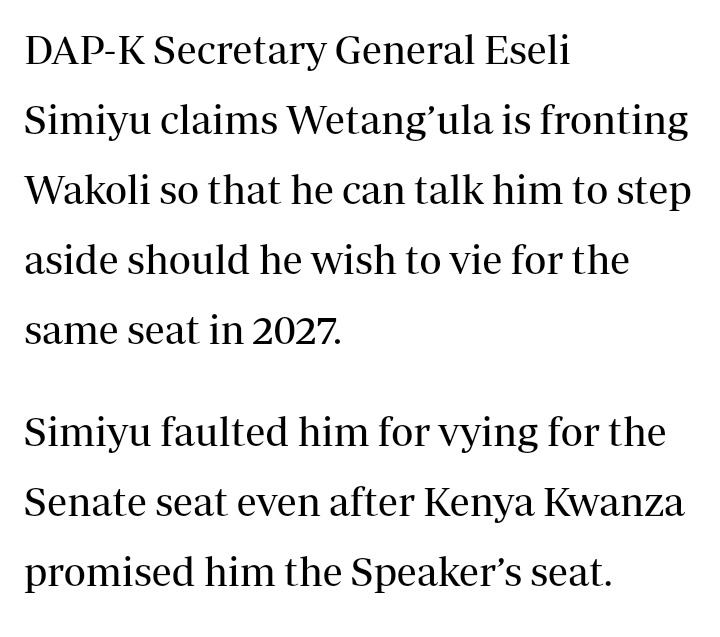 Bungoma Senate seat fell vacant after Wetangula was elected to serve as the Speaker in the National Assembly.