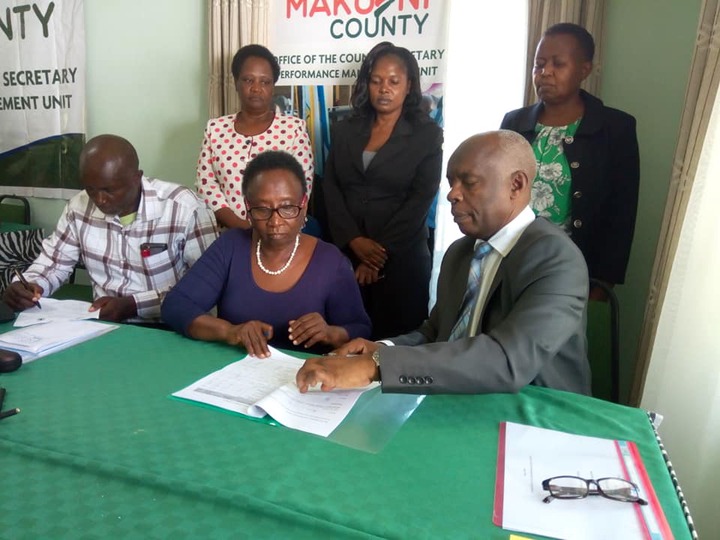 Ms. Mwau was on Tuesday morning, January 25 ushered by DP Ruto at his Karen residence in Nairobi. “The Hustler nation is growing bigger and bigger. This morning, we welcome Adelina Mwau, the Deputy Governor of Makueni County, to UDA. Karibu Mama,” tweeted DP Ruto.

The deputy governor, who has served for the maximum two-term limit, will be contesting for the Makueni Woman Representative seat in the August 9, 2022 General Election.

Kibwana maintained that he had worked well with Ms. Mwau for two terms. However, the outgoing governor revealed that his deputy will now have to walk the political path alone.

Governor Kibwana lamented how Ms. Mwau had “pretended” all along that she was with him in Raila Odinga’s Azimio la Umoja camp.

"During Odinga’s Azimio la Umoja rally in Makueni [on November 12, 2021], she was with us, and even played the role of a good host. Today, she’s betrayed that cause. It’s okay, she’s made her decision...," stated Kibwana, adding that Ms. Mwau never consulted them.

Ms. Mwau who hails from Kaiti Constituency, was first elected to office alongside Kibwana in the March 4, 2013 General Election under the Muungano Party.

In the subsequent election August 8, 2017 General Election the pair defended their seats on a Wiper Party ticket. She becomes the latest face to join UDA, after Starehe MP Charles Njagua Kanyi, alias Jaguar who was ushered to the UDA on Monday.

Jaguar, who was elected on a Jubilee Party ticket in the 2017 polls.