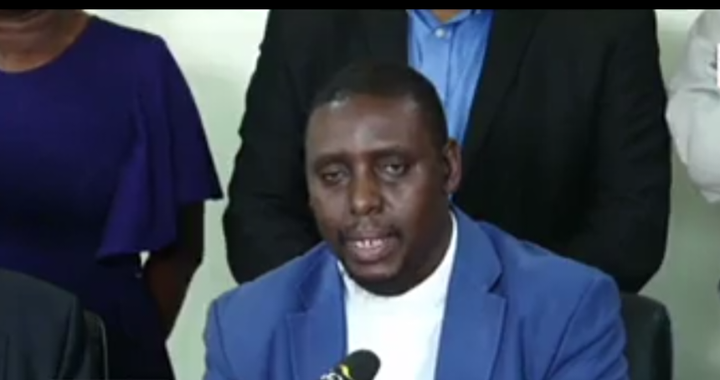 Agano Party Chief in a press conference conducted by Hope FM and KTN has revealed an horrific ordeal that led to chaos in BOMAS of Kenya.

"We were called by Chairman Wafula Chebukati to go and sign a form after we were informed about it. We had been given copies to ensure it was conforming with what we had. Raila Odinga's agent came to the office we were with agents and IEBC chairman," he say

"I saw Kanchory coming visibly angry and I decided to protect the Chairman. Luckily police came and whisked the Chairman as things were getting out of hand. The situation was however cooled by officers."

The Agano Chief agent adds that Azimio la Umoja supporters had sensed defeat as the reason behind unrest in BOMAS.

Paul says Charity Ngilu on Sunday came with an unknown gadget with a laptop and took it to an office in the auditorium.

"Charity Ngilu came with a laptop and a gadget. I was in the office with other agents and election observers. Gladys Sholei spotted her and grabbed it from her. She went ahead and gave it to an officer," Agano Chief agent added

Why Prayer Is Helpful In Life