No Walk in the Park for Gideon Moi, Kalonzo, Musalia and Wetangula After Fresh Details Emerge 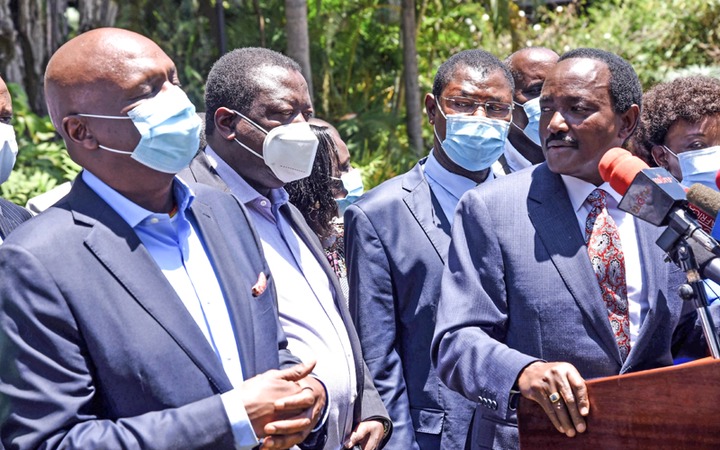 The One Kenya Alliance (OKA) is facing a major challenge of nominating its presidential candidate as it continues to try and sell their outfit across the country.

According to fresh details, all four leaders are eyeing to inherit President Uhuru Kenyatta once he retires after the August 2022 general election. 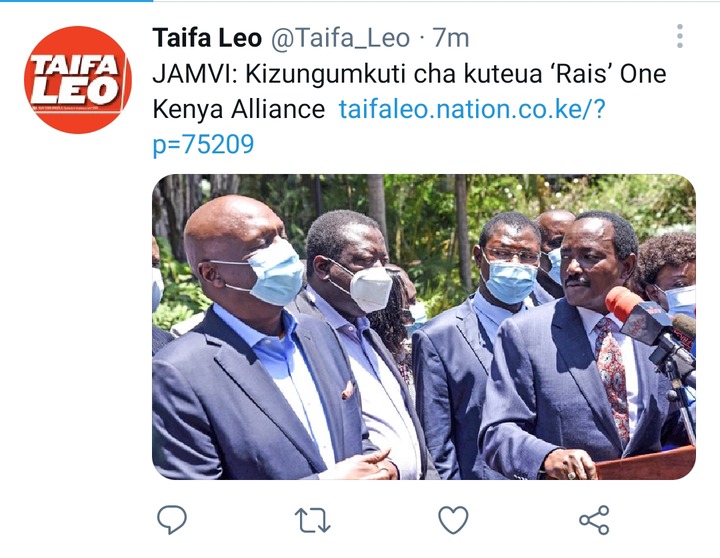 The coalition gained momentum last month after its candidates reaped victory in the Matungu (Kakamega), Kabuchai (Bungoma) by-elections held on March 4, and the Machakos by-election on March 18.

The leaders claimed that the victory of Oscar Nabulindo of the ANC (Matungu), Mr Majimbo Kalasinga of Ford Kenya (Kabuchai) and Agnes Kavindu Muthama, of Wiper in Machakos County, was a sign of their success in winning the August general election. 9.

"We are proud of our victory in the Matungu, Kabuchai and Machakos by-elections. This is an indication that the One Kenya Alliance will win the next general election as our goal is to bring a new beginning and remove the stench in the country's politics, ”Mr Musyoka said in an interview on a local television station last week.

But when asked which of the four would fly the presidential flag in the coalition, the Wiper leader declined to give a direct answer.

He said: “It is too early to answer that question at this time as the task before us now is to sell the policies of One Kenya Alliance in all corners of the country. However, I am confident that each of us is ready to put aside our own interests in order to achieve the goal of ensuring that we take power in 2022. ”

Mr Mudavadi, who last year said his name should be on the ballot papers, said it would be easier for them to agree on who would run for the presidency as "our views, policies and ideology are one and the same."

"If we agreed and united behind one candidate in the by-elections in Matungu, Kabuchai and Machakos, why can't we agree on a 2022 presidency ,?" asked the ANC leader.

But some of the four bigwigs we spoke to to prepare this article expressed mixed feelings about the issue of who should fly the OKA coalition flag in the next general election.

Although he acknowledged that the coalition was facing a difficult task in the entire presidential nomination process, Tiaty MP William Kamketi (Kanu) said Senator Moi should be given the opportunity.

Mr Musyoka ran for president for the first time in the 2007 general election where he emerged third behind ODM leader Raila Odinga and retired President Mwai Kibaki. He received a total of 867,045 votes, most of which came from his Ukambani stronghold.

Mr Mudavadi ran for president for the first time in the 2013 general election where he garnered 568,456 votes for a United Democratic Front (UDF) ticket. President Kenyatta emerged victorious in the election, followed by Mr Odinga.

For his part, Mr Wetang’ula withdrew from the presidential race in 2017 and backed Mr Odinga who waved the Nasa coalition flag. He was promised the title of Minister of Public Service Nasa would win and form a government.

Kakamega Senator Cleophas Malala also admits that the One Kenya Alliace coalition is working hard to nominate its candidate while proposing the creation of a special panel to run the presidential flagship nomination process.

"I agree that it is a big challenge at this time considering one of our opponents such as the Deputy President has already started publishing presidential campaigns. But even though I suggest that my leader Mr Mudavadi be given the ticket, it would be better if the nomination process was conducted by a special panel of representatives from the affiliated parties in the One Kenya Alliance, ”said Mr Malala.

The Kakamega senator adds that at the moment the ANC is in the process of establishing itself across the country through the registration of new members for the election of new leaders from within the country to the national level.