By @Milly (self media writer) | 2 months ago 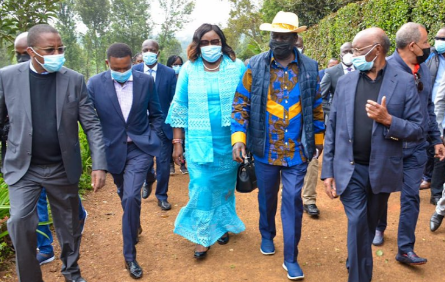 Presidential aspirants and their teams are burning the midnight oil to put their houses in order before the 2022 general election knock in.

Mount Kenya Region has attracted interest of all presidential candidates, wing to its high number of votes, which according to its leaders deserve nothing short of the Deputy resident slot.

ODM leader Raila Odinga has been making inroads in to the region, with a number of President Uhuru Kenyatta allies led by nominated MP Maina Kamanda stating that he is marketable in the region, and hence the region is solely behind him.

According to the Star, with Raila considering the region for his deputy, his soldiers from the region argue that former Gatanga MP Peter Kenneth is the best choice, with others baking on Cabinet Secretaries Mutahi Kagwe (Health) and Peter Munya (Agriculture). 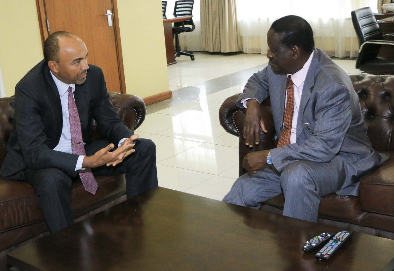 Other have also dragged Nakuru Governor Lee Kinyanjui in to the list, although he stated that he will be defending his seat for a second term.

Kenneth has been accompanying the former Prime Minister to a number of tours across the region, and in October last year, he led more than 500-delegtead from Central Region to meet Raila at his Bondo's residence. 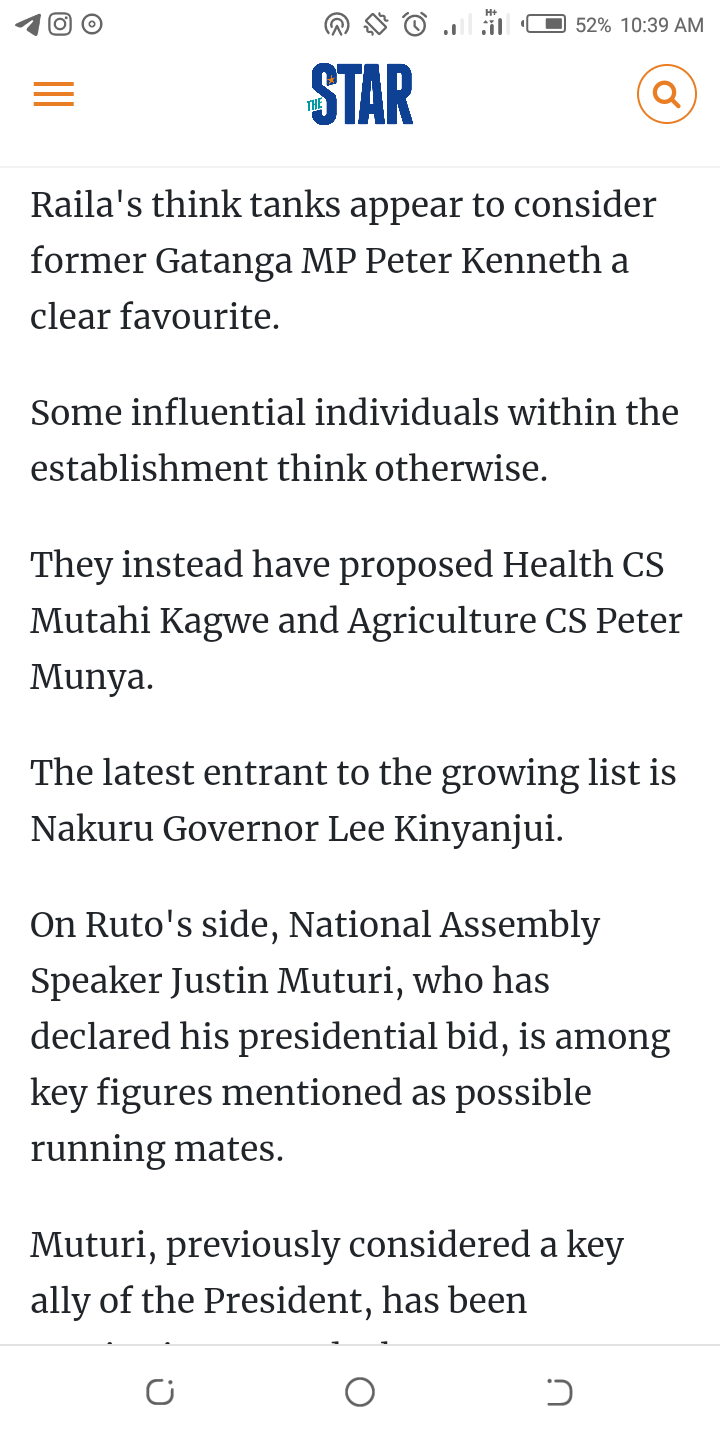