Having been trampled by irate youngsters who had accused him of voter bribery, a Kitui County Assembly member is fortunate to still be alive.

When voting began for the Kyome/Thaana ward by-election in the Mwingi West Constituency on Thursday, Nguutani ward MCA Stephen Katana was cornered while handing out Sh100 notes to people at Kanyaa polling station. 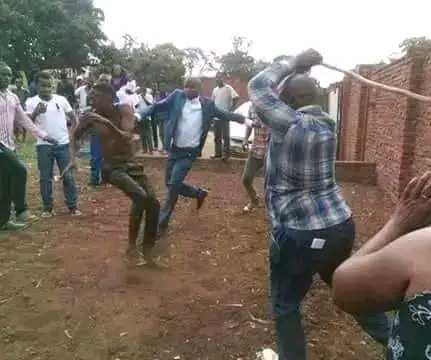 He was assaulted, had to empty his pockets, and the money that was still inside was taken away and turned over to the police.

According to rumours, Mr. Katana, an independent who won the election in August and was sworn in as a government official, supported another independent candidate.

He suffered severe head and rib injuries, and after being taken to the Migwani Sub-County Hospital, he was admitted for treatment.

The MCA acknowledged having Sh500,000 in cash with him from his M-Pesa outlet when he was contacted for remark, but he denied using it to bribe voters.

He said that the money will be used to purchase drip irrigation kits for his land.

The incident and the charges of voter bribing are both being looked into by police in Migwani.