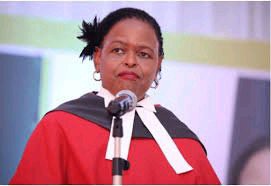 Martha Comey became the first woman under the 2010 Constitution of Kenya to hold the position of Chief Justice and Chief Justice of the Supreme Court of Kenya. She chaired the recently completed and hotly contested 2022 presidential election petition against the election of President William Samui arap Ruto. But it backed up the findings, which sparked a nationwide uproar after evidence publicly showed that IEBC's servers were watered down.

CJ Martha Koome was left exposed as what she had been hiding about the presidential election petition was revealed publicly. According to Ndegwa Njeru City Advocate, he disclosed that during the presidential election petition, CJ Martha Comey said there were prominent human rights monitors led by the Honorary Chief Justice of Tanzania. But worryingly, since then, CJ Martha Koome has not released her report publicly. The question remains, what could she be hiding? Your guess is as good as mine. 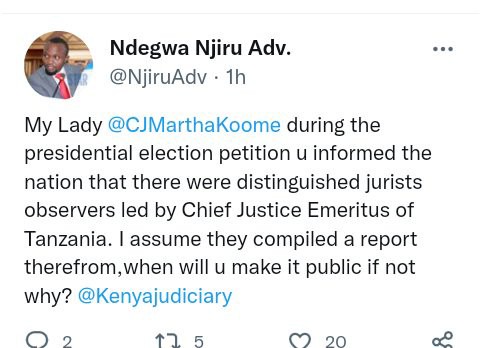