By ElvanisRonoh (self media writer) | 2 days ago 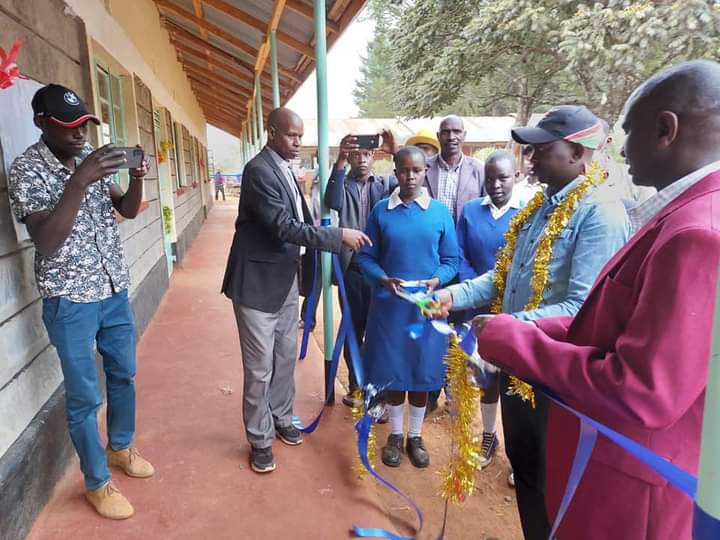 Kenyans have applauded Kapseret member of parliament Oscar Sudi after he posted this on his Facebook page.

The kapseret MP opened 10 classrooms in his constituency.

Through his page he wrote "I presided over the official opening of 10 classrooms in Jasho primary school which was recently renovated. I also laid foundation stone of a new secondary school then proceeded to open classrooms and laboratory at Chepyakwai Secondary, Ngeria Ward,"

He said the projects are funded by NG-CDF Kapseret Constituency under his patronage. 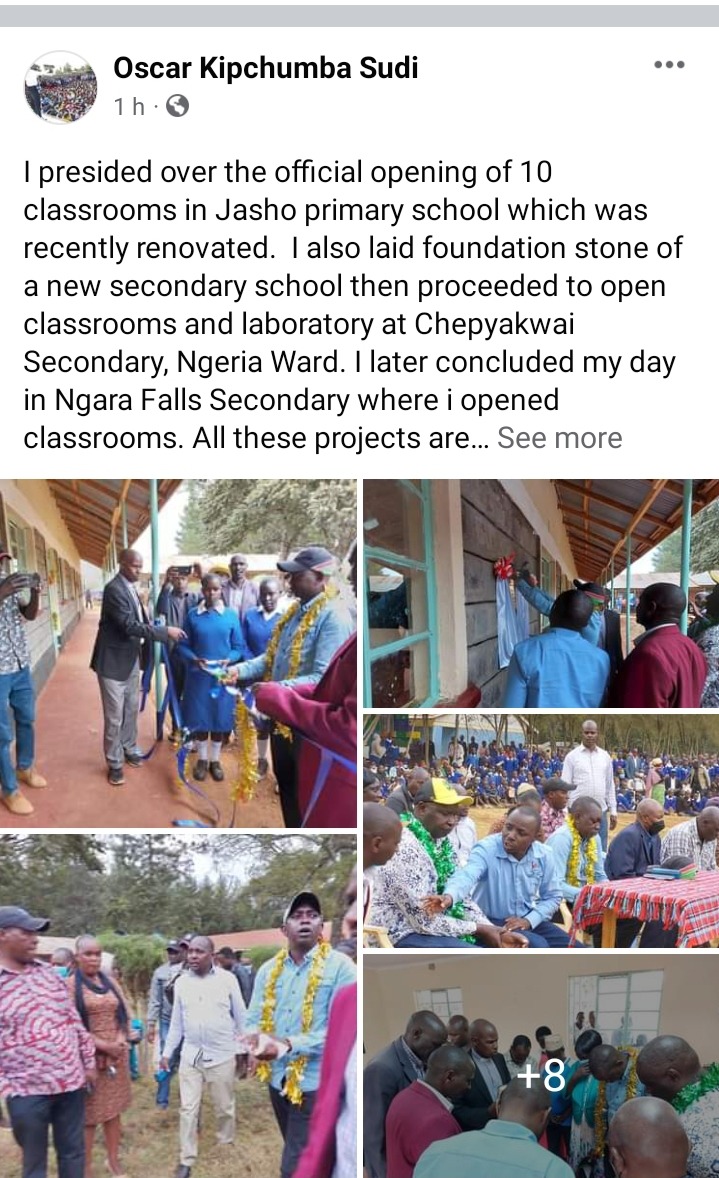 The Kapseret legislator is a staunch supporter of the deputy president William Samoei Ruto's presidential bid in the fourthcoming elections.

He is also a big critique of president Uhuru Kenyatta's administration.

Sudi has promised to campaign for that deputy president William Ruto until he clinches the presidency.

Nyakwar Nathan says "The good of you is that you've not chest thamped that it's your money. You've mentioned categorically that it's NGCDF funds. Thank you for your great patronage,"

Erick Sarbo says "Goodwork mhesh . You hve ashamed the many who shout the loudest with no development records to show," 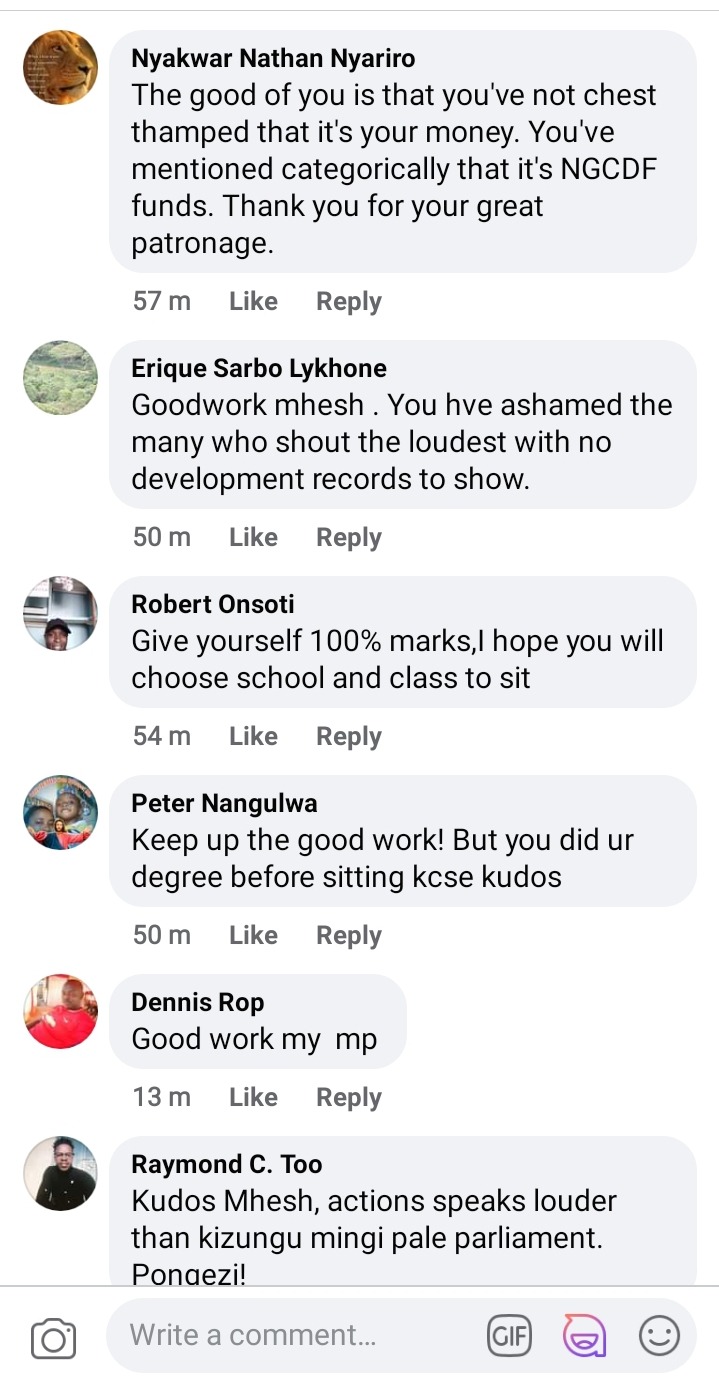 Robert omsoti wrote "Give yourself 100% marks,I hope you will choose school and class to sit,"