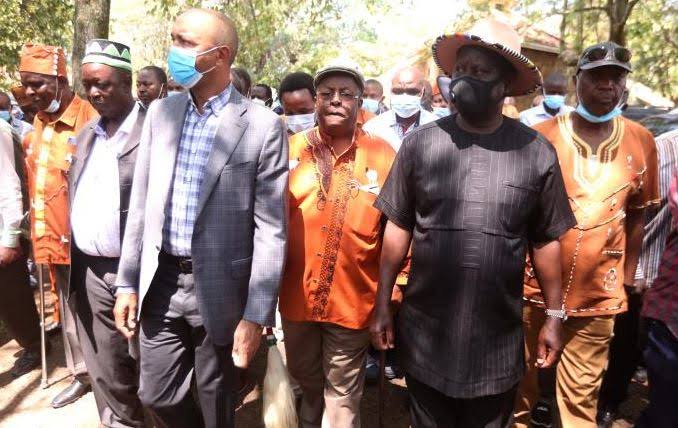 After a lot of political silence on which side he supports, it has emerged that Nyeri county governor Mutahi Kahiga will finally declare his support for Raila Odinga.

This will happen when the former Prime Minister arrives in his county on Friday to begin his thread day tour of the area and hold his final Azimio la Umoja rally.

According to details, the Nyeri county boss will endorse Raila Odinga's Presidential ambition despite having had political neutrality.

"Governor Mutahi Kahiga is expected to make a comeback into the camp after months of silence."the Standard newspaper reports. 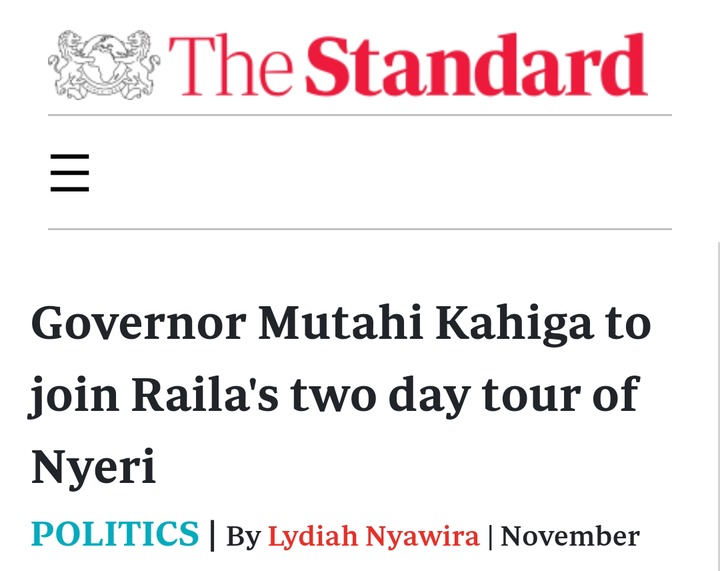 This is a great win fir Raila Odinga who is seeking to succeed His Excellency the Head of State president Uhuru Kenyatta after his term comes to an end this coming year.

He will be in Nyeri where he will be hosted by several high profile leaders among them Members of Parliament from the area including Nyeri town constituency Member of Parliament Honourable Ngunjiri Wambugu.

The county deputy governor Dr Caroline Karugu has been a great supporter of Raila Odinga and the Mt Kenya Foundation that supports the former Prime Minister in the area.

After Raila Odinga, Deputy President William Ruto is set to also visit the county to try and neutralise the influence that the former Prime Minister will leave in the area.