Just in: Kalonzo to Snub Raila's Running Mate Unveiling, What He Will be Doing Revealed 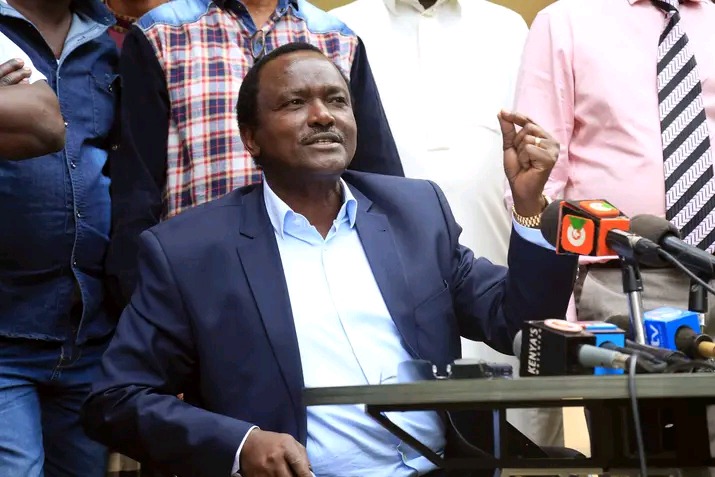 Azimio la Umoja One Kenyan presidential candidate, Raila Odinga, is scheduled to unveil his running mate today, despite warnings by the Kalonzo Musyoka-led Wiper party to leave the alliance and run independently over the running mate issue.

Raila Odinga described the August 9 elections as a war between progressive forces and the retrogressive team led by Deputy President William Ruto, who yesterday chose Mathira MP Rigathi Gachagua as his running mate.

However, despite the Azimio leader's assurance that he will name the best running mate at the Kenyatta International Convention Centre (KICC) and unveil a formidable roster, Musyoka's team remained tense and warned the ODM leader against ignoring the Wiper leader.

It is the same time Raila Odinga will be announcing his running mate in KICC.This means that Kalonzo Musyoka will not be attending the unveiling of Azimio La Umoja running mate. 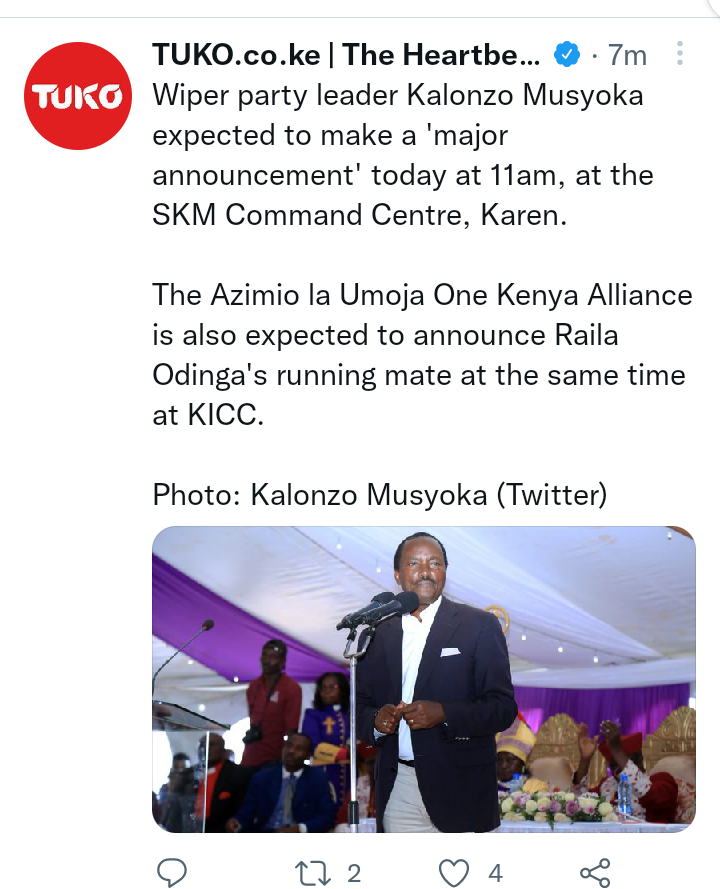 Mr. Maanzo stated that he will join petitioners seeking Wiper's withdrawal from the Azimio coalition in court today.

"We are still friends with Raila, but because these are his final days, it appears that he has eyes but cannot see and ears but cannot hear; what can you do with someone who has become this way?Raila will never become president without Kalonzo, plain and clear,"he said.