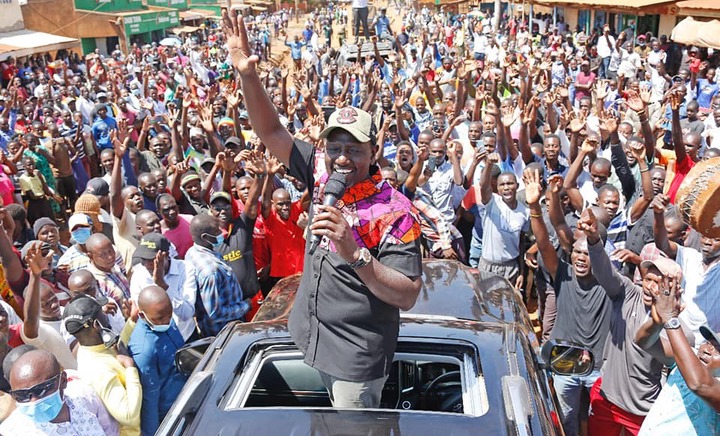 Last week, Radio Africa Group released results of an Opinion Poll from Mount Kenya Region that showed Deputy President William Ruto would be elected with 57.1 per cent of the votes if elections were conducted today.

His main competitor Raila Odinga came second with 11 per cent while Governor Alfred Mutua came third with 3.8 per cent, with 17.1 per cent yet to decide.

The poll has since attracted mixed reactions from leaders across the region, with those allied to President Uhuru Kenyatta and supporting Raila's bid stating that it is too early to rely on such polls, over claims that Ruto has been touring the region since 2018, while Raila had made headway in the past three weeks.

As quoted by the Standard, Kieni MP James Mathege better known as Kanini Kega, and who has been on the front line in rallying the region behind Raila said that Ruto's popularity across the region is diminishing, arguing that he had over 98 per cent few months ago but now he only enjoys 50 per cent.

"DP’s fortunes are diminishing at unprecedented rate. He was the person to beat three weeks ago, but he is now struggling to get a grip of the mountain."

Kega went on to state that before the month ends, Ruto will have less than 30 per cent of support from the region, and will decrease more as elections nears. 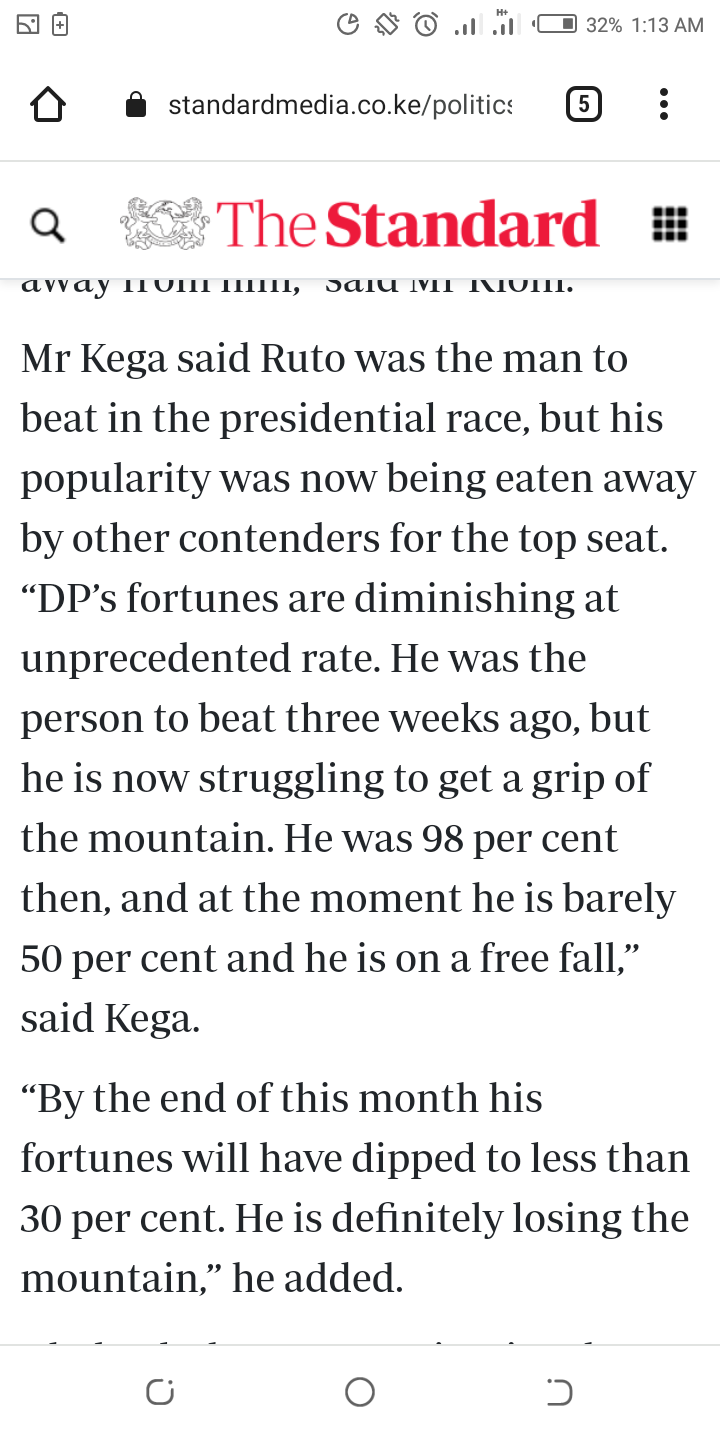