Raila Team Turns The Table Against Ruto Over Jacaranda Chaos

By Festohfess (self media writer) | 3 months ago 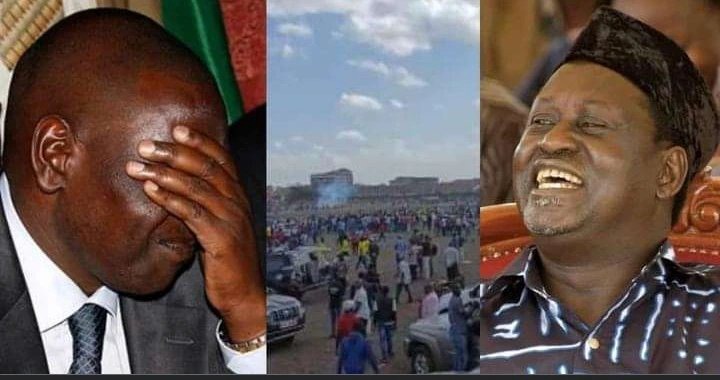 Raila Odinga, head of the Orange Democratic Movement (ODM), has turned the tables on Deputy President William Ruto over the violence seen during his Embakasi East trip.

The mayhem began on Sunday, August 16 at Jacaranda grounds, where Ruto and his colleagues converged after touring various parts of the region. For a brief while, a number of youngsters disrupted the meeting by throwing stones at Ruto's motorcade, compelling police officers to use necessary force to disperse them.

After the police took control of the scene, the DP blamed Raila Odinga and the region's MP, Babu Owino, for the confrontation. Additionally, his team has urged the government to launch investigations while criticizing the ODM leader.

Raila responded to the charges by claiming that the violence was orchestrated by the DP himself in an attempt to garner sympathy from Kenyans.

Raila said in a statement made by his spokesperson, Dennis Onyango, that the DP might arrange for the disruption of his own meeting. According to him, Ruto flourishes in a chaotic political environment where money is used to purchase support.

He further stated that attendees were compensated and that Ruto may have run out of money, resulting in mayhem.

"Youths were compensated for their attendance at the Jacaranda rally. It is possible that Ruto ran out of money, causing havoc, "he explained.