The August General Elections has come and gone with millions of Kenyans choosing who their next leaders are for the next five years as per the constitution of Kenya.

The Kenya Kwanza Alliance emerged victorious in the race for the Presidency with Deputy President William Ruto of the United Democratic Alliance party being declared as the next President Elect by the Independent Electoral and Boundaries Commission Chairman, Wafula Chebukati.

The Kenya Kwanza Alliance has been consolidating the win by recruiting members who were elected on Independent Tickets as well as the UDM Party that joined the Alliance yesterday.

However, the UDM Party which is tied to the Azimio la Umoja One Kenya Alliance yesterday caused jitters when it was seen cozying with the Kenya Kwanza Alliance headed by President Elect William Ruto.

This caused widespread uproar as it brings into focus problems that are associated with the coalition partnerships that were set up before the elections happened.

This evening, according to the available reliable reports that we have received from KTN News, the UDM Party has written to the Azimio la Umoja One Kenya Alliance asking for their grievances to be heard.

The party says that it is seeking fair treatment in the coalition but it is not yet clear what has been the cause of this letter to the Azimio alliance.

UDM has written to the Azimio la Umoja-One Kenya Coalition where it is seeking fair treatment as a member party in the coalition.

It has threatened to discontinue membership from the Azimio la Umoja One Kenya Alliance if their grievances are not addressed immediately.

Let us know your thoughts and opinions in the comments section below. 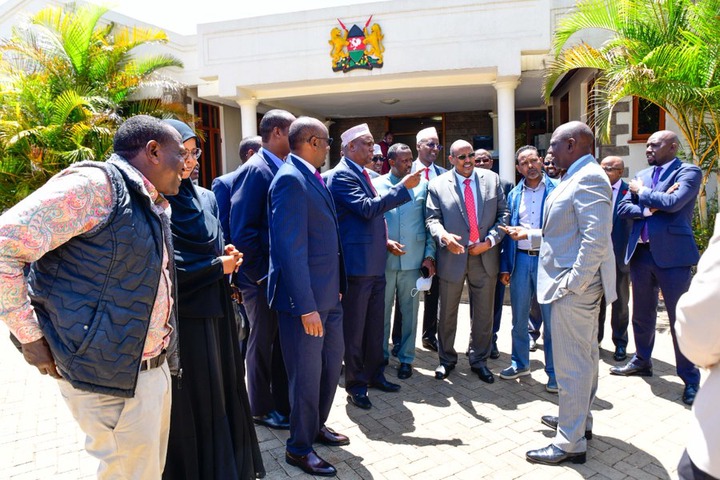