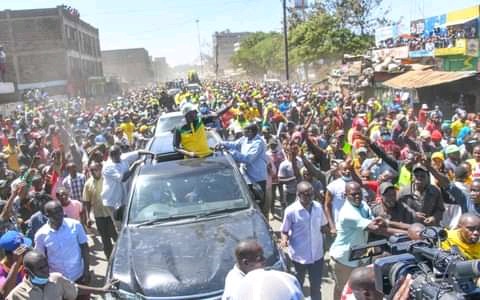 Deputy president William Ruto and his United Democratic Alliance party today has received another huge boost after one to the top political commentator now claims his love for the second in command.

This comes a time when the political tempareture of this nation has continued to grow very fast with the August elections just around the corner.

William Ruto has declare his interest to succeed his boss president Uhuru Kenyatta whom they parted ways with after the March 2018 handshake.

From there the second in command has formed the UDA party which he has been using to traverse the whole nation in a bid to hunt for votes across the country.

Manyora in the recent past has hinted of joining the political arena of this nation and it's just a matter of time to find out the political vehicle he might use.

This is a win to the second in command who has been luring leaders to support his bid and that of UDA party across the country.