An electorate from Nyamira county took to his social media accounts to give a view of the current state of the UDA party in his county. This is what he posted that caught the eye of many,"THE SAD TRAGIC FALL OF UDA IN NYAMIRA

For the last couple of months, a number of people have been accusing me of my "obsession" with UDA, a rival party with my beloved ODM. The truth is, as a progressive democrat, I cherish strong pluralism.

For almost a decade, ODM has been the strongest party in Gusii, rivaled by fringe parties such as Wiper, Ford Kenya and PDP. But in recent months, the introduction of UDA almost displaced ODM.

At one point, I was almost certain that DP Ruto could give Raila Odinga a run for his money given a coordinated campaign across Gusii, coupled with his endless fundraisers.

However, the fortunes of this party are dwindling fast. People have lost patience, defections are imminent. Today, the enthusiasm and charisma in UDA has faded so fast even before the party picked in Gusii.

Although there is a reported disquiet among the MPs supporting the party in Nyamira, the major cracks can be traced to handpicking of coordinators across Kenya.

Like in many counties, the post caused rifts in Nyamira. The UDA Secretariat at first picked FKF chair Luthers Mokua to coordinate the party in Nyamira. His stint lasted for just few days due to power struggles.

A strategic Walter Nyambati thought losing the post to a "young fellow whose loyalty to me is questionable" would cost him his gubernatorial bid. Armed with this, he convinced MPs to "shortchange" Luthers in favour of Kinaro Ndubi.

At first, Mr. Mokua believed he will be redeployed to the national secretariat. I remember a couple of his friends warning him about the move. The rest is history, Luthers is now contemplating to join ODM.

Obviously, the frustration of Luthers Mokua affected hundreds of Youths who have since lost trust in the party. The team is now accusing Nyambati of insincerity, and quite a number have vowed to oppose his bid.

Later, tussle involved Mr. Kinaro Ndubi and one Enock Omariba. The war between the duo almost turned chaotic. It saw even Enock claim his life was in danger. Unknown to the bureaucrats, this tussle has completely destroyed gains made in the few months the party was vibrant.

The most fundamental basis that defines a strong party is having formidable internal channels and embracing democracy. Transparent Competitions within the parties attract more aspirants..

For UDA in Gusii, most lead aspirants have already made it clear that nobody will run against them for party tickets. For instance, Omingo Magara has identified himself as Kisii UDA gubernatorial candidate, so as Walter Nyambati in Nyamira.

A number of MPs are also sure of direct nominations. This boardroom handpicking attitude has caused cracks within UDA. Already, people like Wilkister Nyangito have left. The other day, Lawyer Nyambega Mose was quoted saying :"It is not a must I support DP Ruto from UDA. I can do it from another party".

Evidently, there is a local arrangement that Nyambati takes gubernatorial ticket while Joseph Kiangoi goes for senatorial seat on the UDA party. This inconveniences Mose, who is a clear frontrunner.

In coming weeks, UDA will be an empty shell due to power struggles, huge appetite for Sugoi resources and undermining the youth. We may not be talking of UDA within Nyamira or even in Kisii county.

WHO ARE THE CASUALTIES?

In my own assessment, the major casualty is DP William Ruto. With a disorganized team which is unpopular in the ground, the DP will struggle across the two counties or even get protest vote. Many people are disappointed with his obsession with elected people and a certain clique of individuals who dictate politics from boardrooms in Nairobi.

If he can't manage to bring Nyaribo to UDA, the smart MP could now focus on his reelection [from UDA], join another party or still remain in UDA but relieve himself duties accorded to him as defacto UDA coordinator in Gusii.

Lastly, the person who will feel the weight of a disorganized UDA is Walter Nyambati. Already, hundreds of disgruntled souls accuse him of creating discord within the young party.

We all know that Nyambati may largely depend on DP Ruto's philanthropy to run campaigns. The UDA team may not even pump resources to counties where popularity is dwindling. I am not even sure Ruto will focus on counties.

At home in Kitutu Masaba, a weak Nyambati will face Timothy Bosire, who already has strong ODM structures and even financial muscles. Bosire has already declared his bid. We also have the lukewarm Okioma, who hardly leaves footprints wherever he goes."

In conclusion, Mr. Walter Nyambati will struggle to campaign across Nyamira due to a weakened UDA team. How he's going to cope with this reality, is just none of my business.." 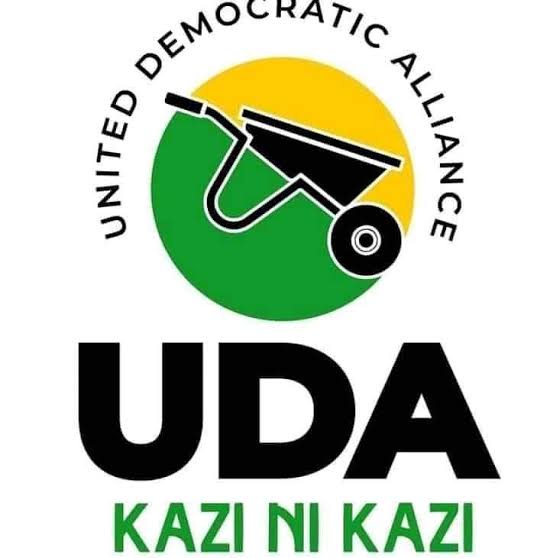 Content created and supplied by: MATARA (via Opera News )