By TheBrandNews | self meida writer
Published 20 days ago - 0 views

Ben Githae, the Kikuyu Musician has once again come out to defend his campaign song. During the 2017 presidential campaigns, Mr Githae released a song praising Uhuru and Ruto and even persuading Kenyan voters to cast their ballots in their favour. Speaking on TV, Githae said he is willing to sing a pro-BBI song if asked 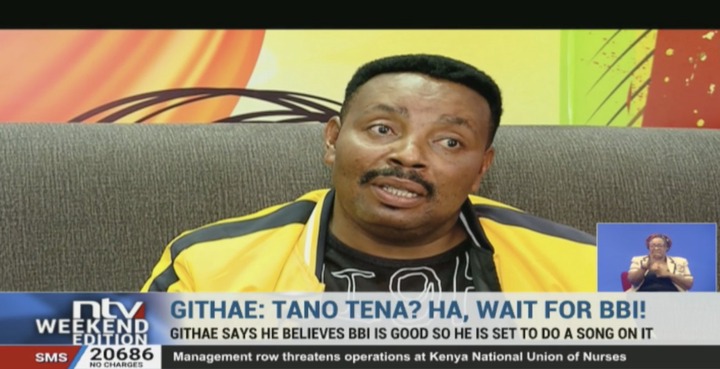 After Kenyans facing it rough with the Jubilee government, they are very sceptical about Uhuru. They criticized Githae for singing Political songs and misleading them

Here are some reactions from Kenyans

@kishnjoro Ben Githae is a businessman, he’s the piper that plays the tune of those that pay him 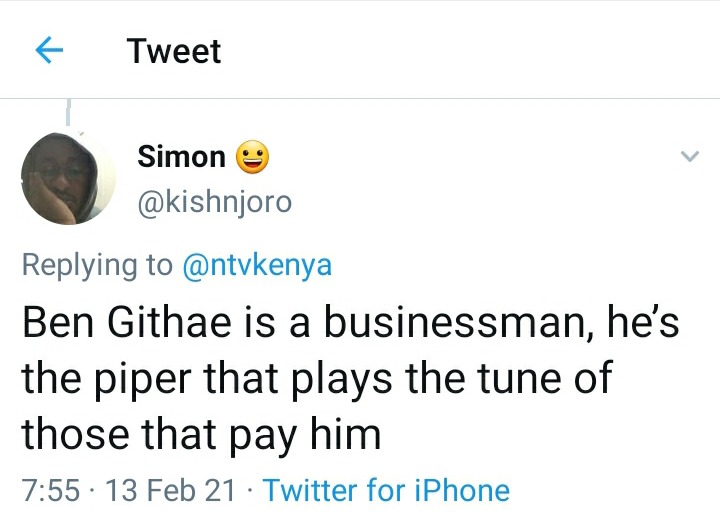 @mandelaonchwati That nigga, should be in jail for misleading poor Kikuyus with stupid songs 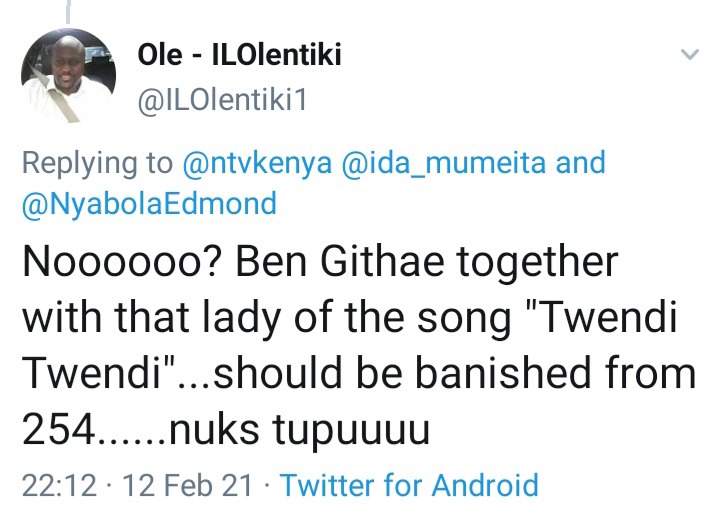 @john He is an opportunist and he has ever lived to misled his Kikuyu society...traitor 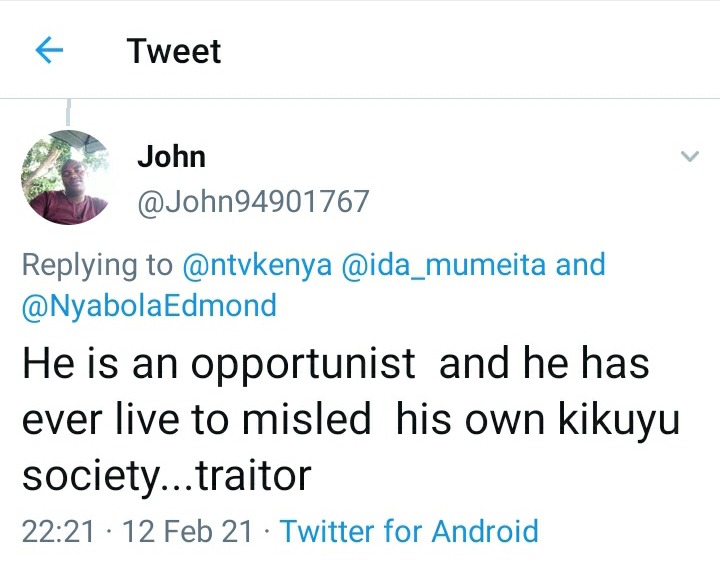 Do you think Ben Githae should concentrate on Mugithi songs and stop campaigning?

Do you think Ben Githae is singing just for the money he is paid by politicians?

Ben Githae Githae Kenyans Kikuyu Uhuru
Opera News is a free to use platform and the views and opinions expressed herein are solely those of the author and do not represent, reflect or express the views of Opera News. Any/all written content and images displayed are provided by the blogger/author, appear herein as submitted by the blogger/author and are unedited by Opera News. Opera News does not consent to nor does it condone the posting of any content that violates the rights (including the copyrights) of any third party, nor content that may malign, inter alia, any religion, ethnic group, organization, gender, company, or individual. Opera News furthermore does not condone the use of our platform for the purposes encouraging/endorsing hate speech, violation of human rights and/or utterances of a defamatory nature. If the content contained herein violates any of your rights, including those of copyright, and/or violates any the above mentioned factors, you are requested to immediately notify us using via the following email address operanews-external(at)opera.com and/or report the article using the available reporting functionality built into our Platform