By LarryKatana (self media writer) | 16 days ago 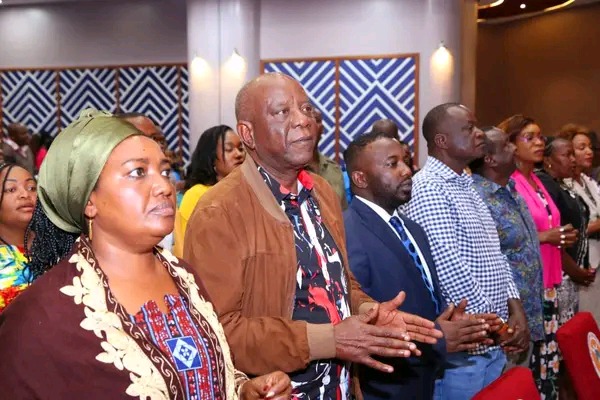 President William Ruto's former foot soldiers are trooping back home after their political miscalculations misfired during the August 9, 2022 general election.

Former Embu Senator Peter Ndwiga is one of them! On Sunday, the veteran politician was among the many congregants at a church service in Nakuru.

The presence of the former Manyatta MP and one-time powerful member of the late President Mwai Kibaki's cabinet, is a telltale sign that he has decided to swallow his pride and rejoin UDA, the party he helped to form.

Ndwiga was a key member of the Ruto political machinery in Mount Kenya until April 2022 during the UDA party nominations where he lost the party ticket to David Kariuki in the race for Embu Senator.

Feeling betrayed, he ditched the party and opted to vie as an independent candidate. But it was too little, too late as he was once again thrashed during the general election.

But with the reality of spending the next five years in the cold becoming very evident, Ndwiga has decided to rejoin UDA. Somehow, it is a good political move!