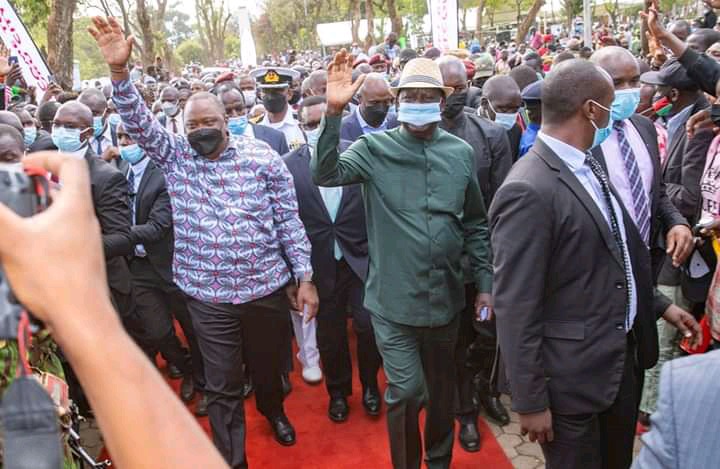 Kenyans have raised eyebrows after President Uhuru Kenyatta spent a good day with his handshake brother Raila Odinga just a day after also enjoying a dance with his Deputy President William Ruto at the Parliament premises after state of nation address. 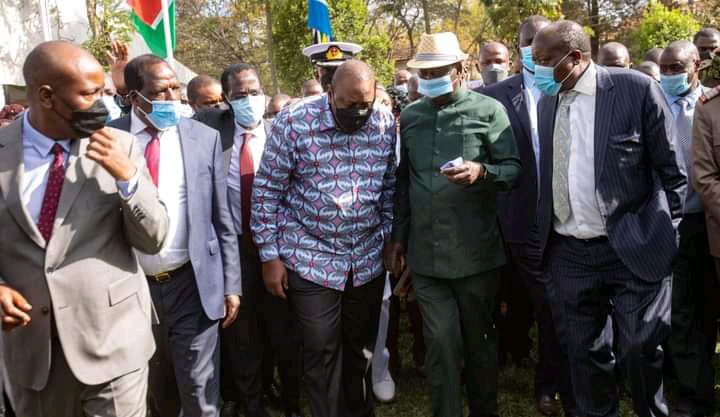 After the charter Raila Odinga and President Uhuru were seen in the viral video and photos going round in social media enjoying a walk together while chatting in a jovial mood which has now left Kenyans talking about the relationship of Uhuru- Raila and Uhuru- Ruto.

President Uhuru urged politicians to enter into politics game with a slow speed with a meaningful strategy. He also warned of running up and down in search of votes by claiming that politics is not a sprint but a marathon. "Uongozi haitaki speed utaanguka. Ni mos mos mos."

Kenyans have claimed he was attacking his Deputy President because of his series of campaigns he has been engaging in in everyday.

(Photos) "Hii ni Hatari" Uproar after This Bodaboda Man is Spotted on the Road.

How to Tap and Connect With the Healing Powers Within Humans