Revealed: Why Ruto was Conspicuously Missing From State House as President Suluhu Visited

By NRMedia (self meida writer) | 6 days 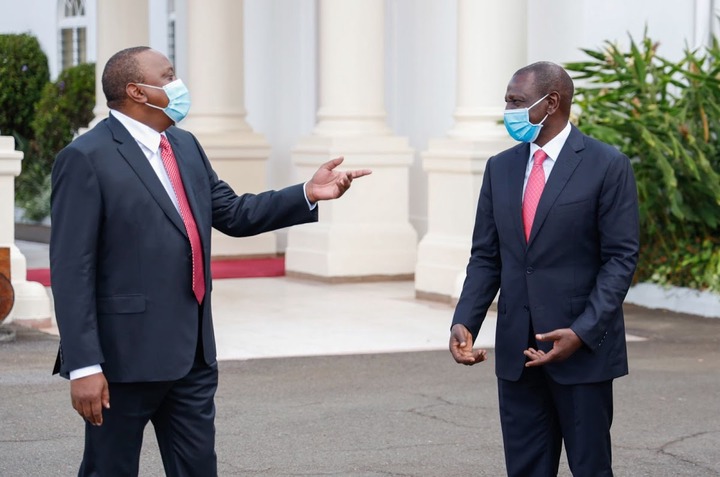 Suluhu, who landed at Jomo Kenyatta International Airport some few minutes to ten o'clock in the morning, was later received by her hos president Uhuru Kenyatta at State House Nairobi.

Among the key influential leaders expected to receive the first female president in the East African region alongside President Uhuru, was his Deputy William Ruto.

However, the second in command was a no show, as President Samia's motorcade sneaked its way into the house on top of the hill. This publication can now authoritatively reveal why Ruto deliberately chose to skip Samia's visit. 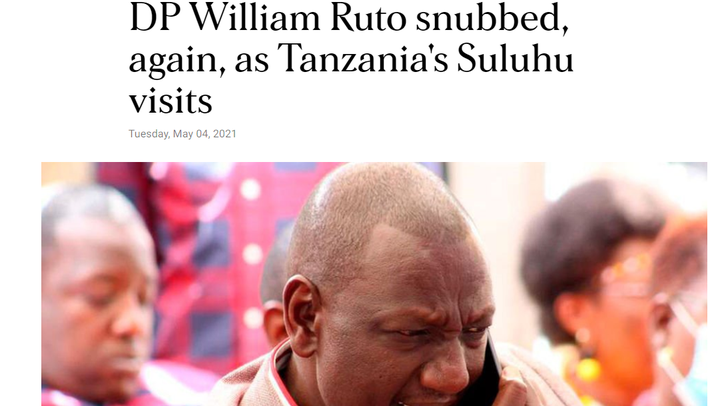 According to The Daily Nation Newspaper, Ruto had not received any invitation from the State House prior to Suluhu's visit. Taking to the paper on Tuesday morning, Ruto's office revealed that the DP had not been invited to the bilateral meeting with visiting Tanzanian President or even to the planned State dinner tonight in honour of Samia Suluhu.

“Deputy President William Ruto has not received any invitation from the State House for the two events,” stated DP’s Director Of Communications Emmanuel Talam as quoted by the Daily Nation. 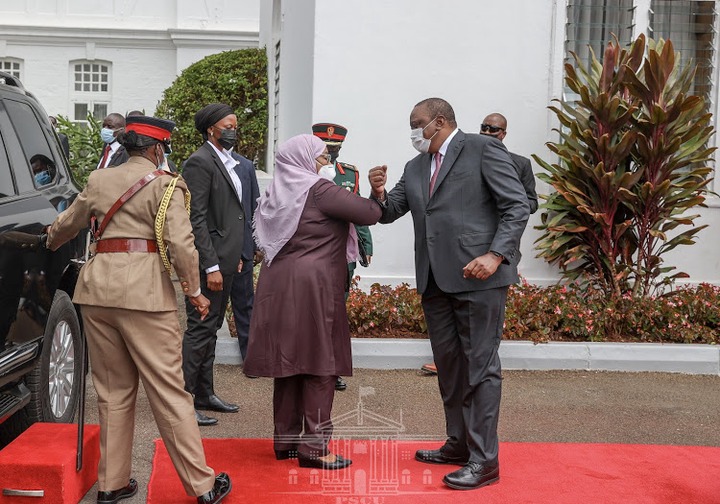 By the time of this publication, the State House spokesperson Kanze Dena-Mararo had not responded to whether Ruto had been invited or not according to the Daily Nsation.

While Uhuru was at the State House welcoming his guest, Ruto was busy at his Karen's Hustlers' mansion hosting a delegation of religious leaders.

Since his handshake with Raila Odinga in March 2018, relationship between President Uhuru Kenyatta and his Deputy William Ruto has gone from bad to worse with each day. 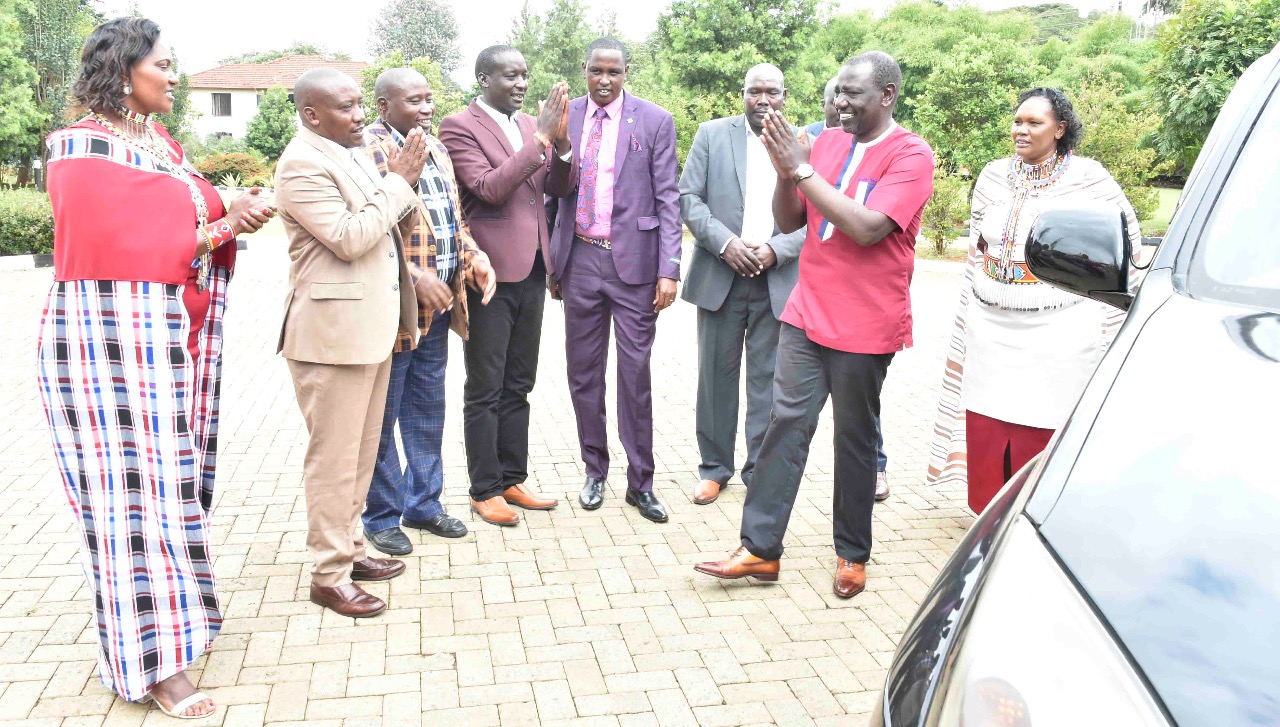