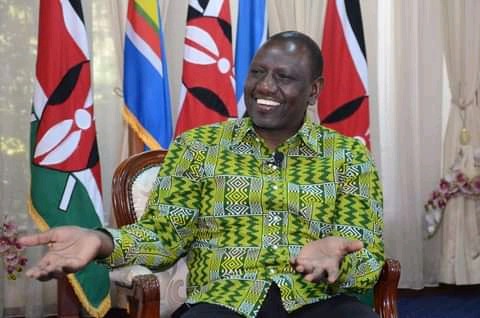 By publicly apologizing to President Uhuru Kenyatta during the national prayer day on Thursday, Deputy President William Ruto's bold move has not gone unnoticed around the globe.

In a move aimed at mending fences with the President after months of shadow boxing each other, the DP asked for forgiveness from his boss, saying that he may have run short of his expectations.

This open admission by the country's number two, has been comprehensively covered by the world press with the British Broadcasting Corporation giving the development a good coverage.

According to the media giant, Dr Ruto's apology has come at the right time considering the political bad blood that has defined his relationship with the Head of State.

During the event which was held at Safari Park Hotel, the DP prayed that the country conducts a peaceful election even as President Kenyatta asked all aspirants for various elective positions to accept the outcome of the election, adding that there can only be one winner.