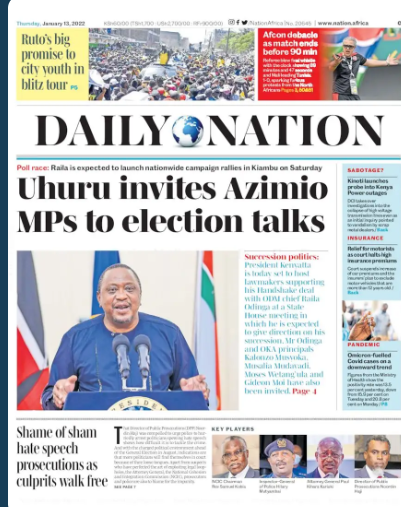 President Kenyatta is today set to host lawmakers supporting his Handshake deal with ODM party leader Raila Odinga at a State House meeting in which he is expected to give a direction on his succession.

Raila is expected to launch nationwide campaign rallies in Kiambu on Saturday. 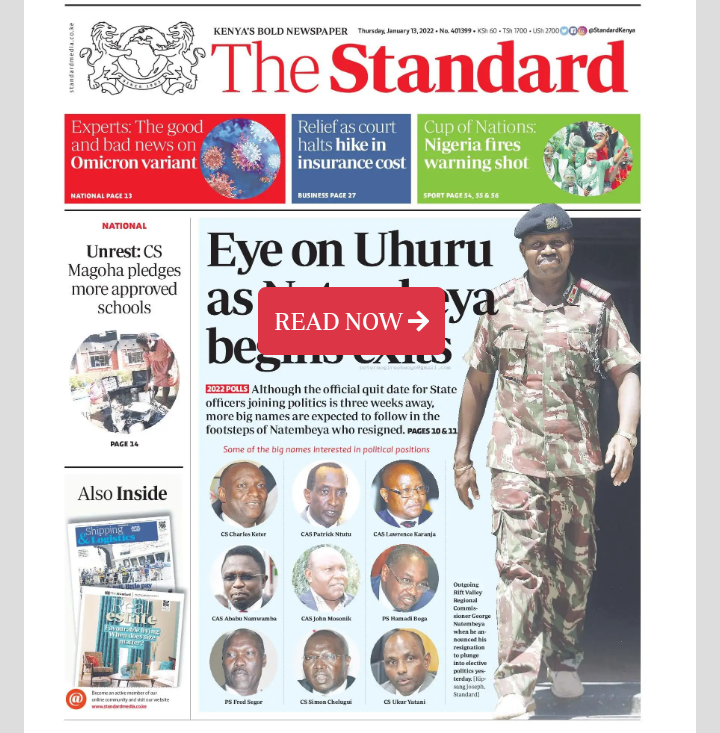 Although the official quit date for State officers joining politics is three weeks away, more big names are expected to follow in the footsteps of Natembeya who resigned. 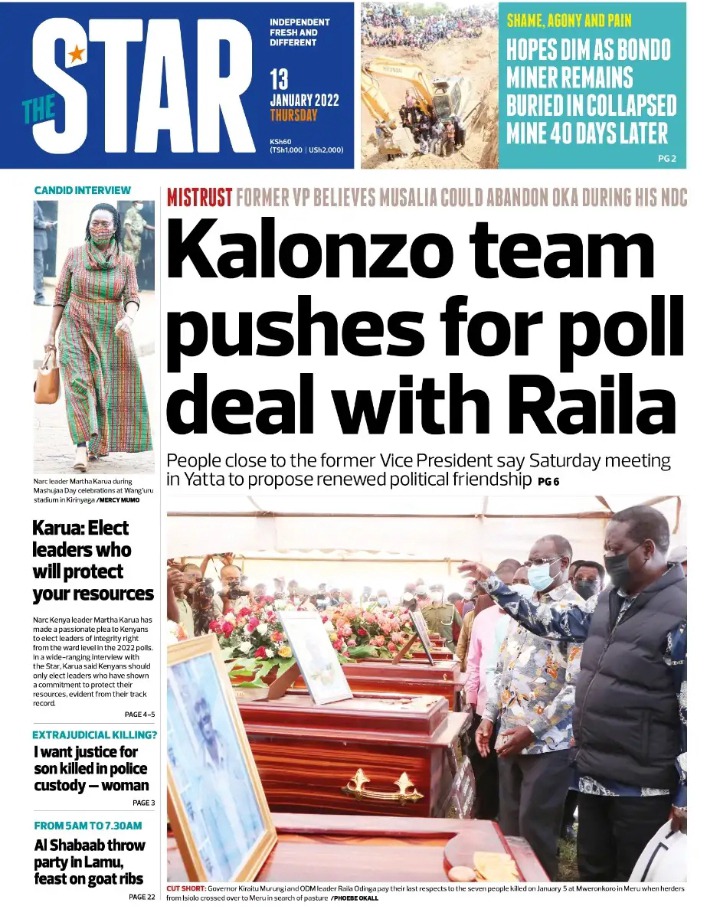 Karua: Elect leaders who will protect your resources. 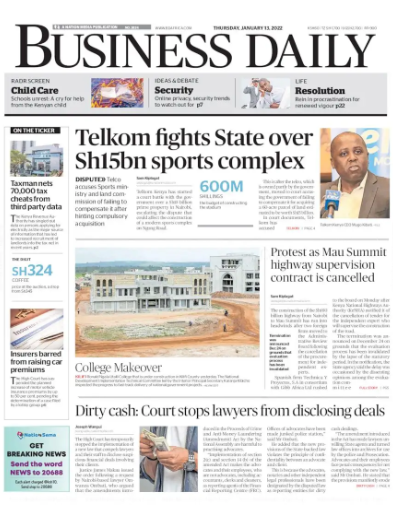 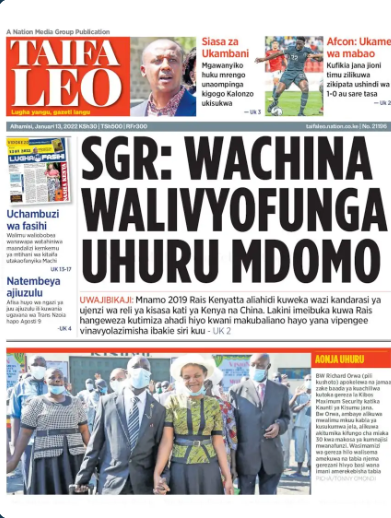