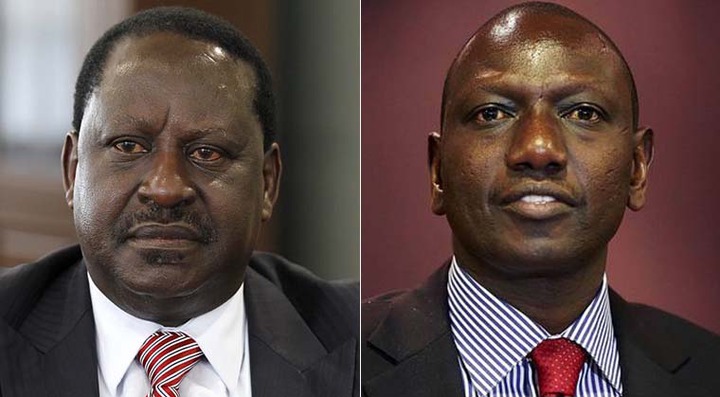 International media from Middle East, Al Jazeera has reported the Kenya ection presidential results in just concluded August 9th polls. Tallying of the results is still underway at Bomas of Kenya in Nairobi. Kenyans are eagerly waiting for the newly elected president to be announced by Independent Electoral and Boundaries Commission(IEBC).

According to Al Jazeera, Deputy President William Ruto edged ahead of his main rival Raila Odinga as the country remains on tenterhooks for the final election outcome. Al Jazeera reported that Ruto is leading with 51.25 percent of the vote on Sunday August 14th.

The reports also indicated that Ruto's 51.25 percent has reversed earlier gains for Odinga who had 48.09 percent. This is according to figures from the Independent Electoral and Boundaries Commission (IEBC). The commission has tallied results from nearly 50 percent of constituencies.

The election which was held on Tuesday August 9th is being closely watched as a test of stability in Kenya. The country is one of East Africa’s wealthiest nations and its most vibrant democracy. This is according to the Al Jazeera reports.

Further, the electoral commission has until Tuesday 16th of August to declare a winner of the presidential seat. The winning candidate must receive 50 plus 1 percent of the national vote and at least 25 percent of the vote from 24 of 47 counties in the country.

"With the race so close, observers say an appeal to the Supreme Court by the losing candidate is almost certain. This means it could be many weeks before a new president takes office." Al Jazeera reported.

Tough Times: List Of Essential Items Whose Prices Are Expected To Rise From 1st October (Photos)