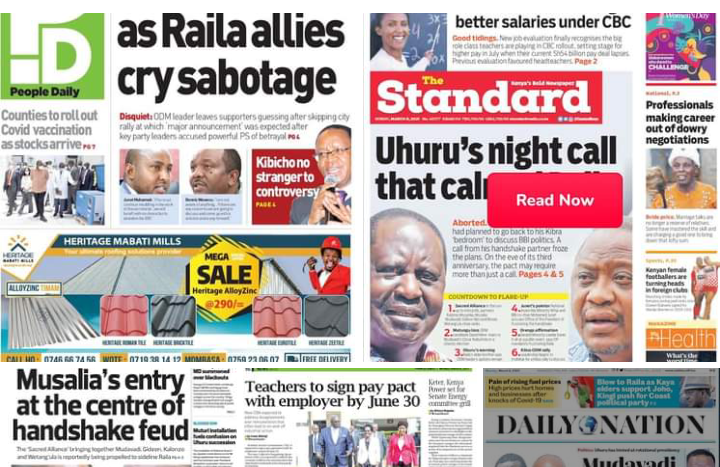 In the standard newspaper, KNUT has asked TSC to consider classroom teachers when finalizing the CBA that is set to be effected from July this year. The basic pay for teachers in job group B5 to C3 is set to increase by 32% but in phases. The allowance will also increase by 20%.

This comes after SRC has did their analysis found that, the huge disparity emerged when TSC was making changes in 2017 with the teacher's unions.

In the standard, Kang'ata says he warned President Uhuru not to enter any political partnership with Raila but he refused and the government started fighting them in jubilee.

Kang’ata said as an experienced politician, he knows once mistrust enters a political relationship, it cannot be repaired.

The call that the head of state made that calmed Raila ahead of handshake betrayal. Among the big news i n town is how is why Raila aborted the Kamukunji rally yesterday with many speculating that he was calmed by his handshake duo to stop spilling of the beans in public. The brother to Raila had initially pointed out that, the answer to the betrayal in the handshake was to be revealed in that rally that was called off by the organizers. 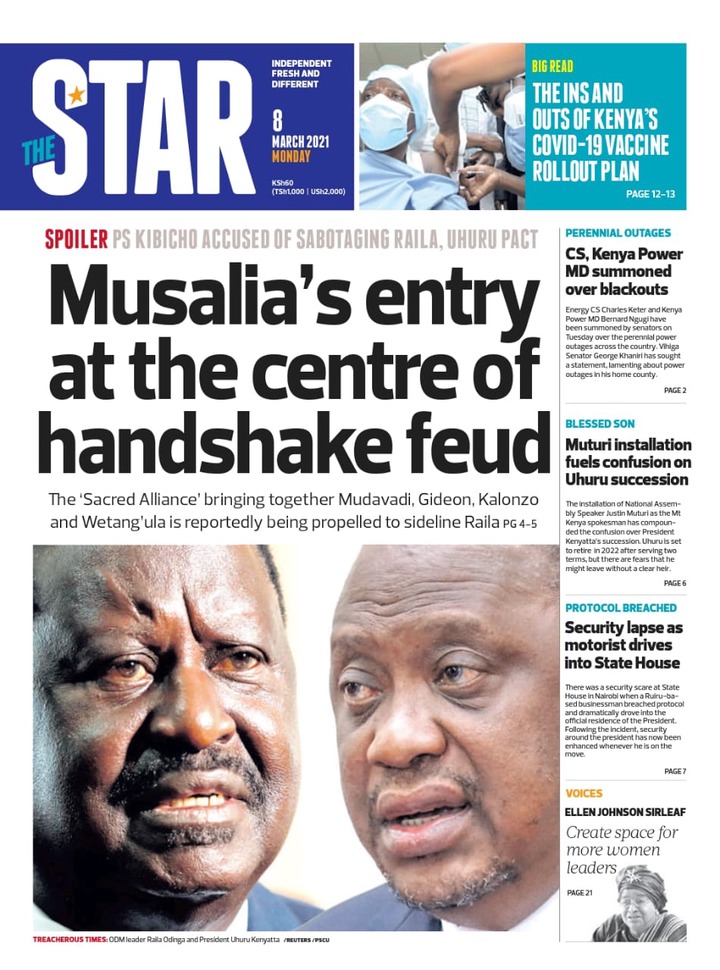 In the Star newspaper,Mudavadi, Gideon Moi, Wetangula and Kalonzo is the main cause of confusion in 2022 succession politics where it is believed that, ODM party leader is feeling a betrayal in the handshake. 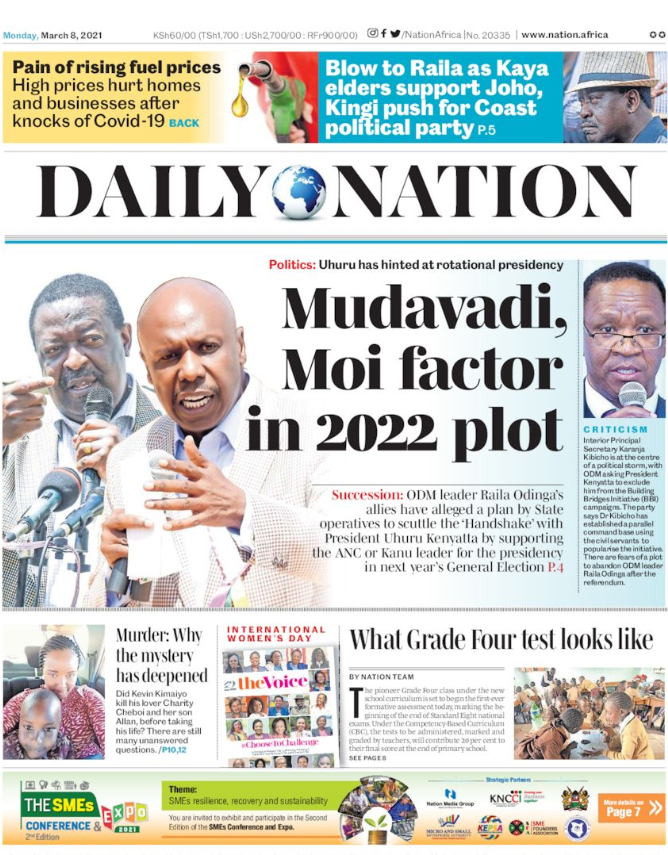 Raila has received a big blow from the coastal region as Kaya elders have come out blazing in an effort of forming a coastal party as purported by Kilifi governor and Mombasa governor.

Mudavadi and Gideon Moi's alliance has given Raila alot of pressure on BBI proccess and 2022 succession politics as ODM allies claim the deep state is planning to sideline him completely.

Get to know more about grade 4 examinations will look like. 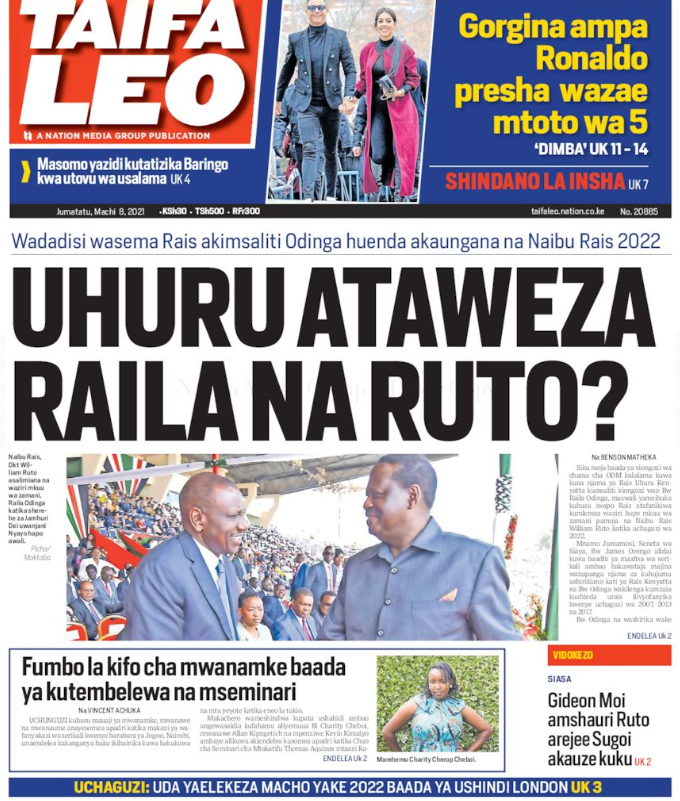 In Taifa Leo, will the president able to handle the two strong politicians who are out to fight for the state house position?

New details emerge from the killing of one woman by a seminarian boyfriend.

Drip : Sauti Sol's Chimano Steps Out In A Pink Suit

Counties Which Will Continue To Record High Number Of Covid-19 Cases Should Be Locked.

Mombasa County May Face Possible Lockdown And This Is Why