The former prime minister of the republic of Kenya Mr Raila Amollo Odinga has given the fifth president of the republic of Kenya Mr William Samoei Ruto twelve tough conditions if he wants him to stop the street demonstrations.The Azimio la Umoja party leader Mr Raila Amollo while addressing his supporters at Kamukunji grounds in Nairobi said that the President must achieve all his promises he made to Kenyans. 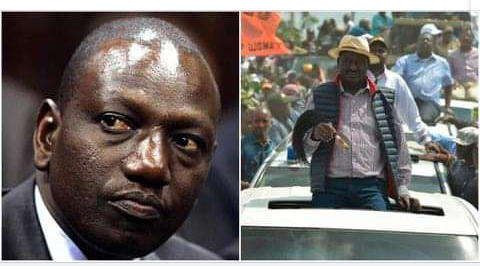 Among the things that the Azimio la Umoja One Kenya Coalition party leader Mr Raila Amollo Odinga wants is for the government to reinstate the fuel subsidy that would ensure that Kenyans pay less on fuel.According to Raila Amollo Odinga Kenyans pay taxes and it is only wise that their taxes help them cushion set fuel cost.The former prime minister also wants the president to reduce what he termed extremely high living standards in the country. 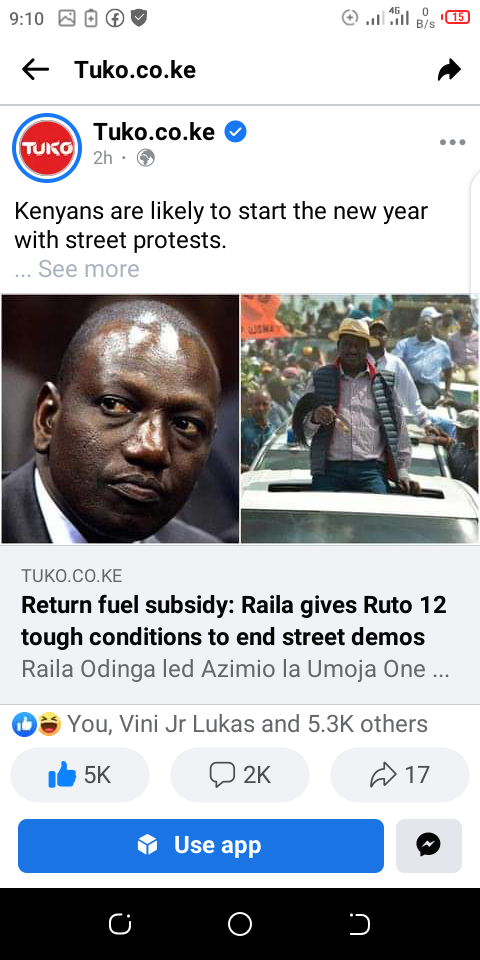 The former Prime minister also called for inclusivity which for instance he said that the president was only keen to employ people from his region while neglecting the likes of Nyanza.The prime minister of also wanted the government to reinstate Bursaries saying that most poor Kenyan children depended on those bursaries so that they could go to school.