Obado Could Beat ODM In The Proposed Impeachment Motion

By ScreenShortVibes (self media writer) | 1 year ago Migori County Senator Ochilo Ayako has come out to support the impeachment motion against his Governor Okoth Obado following ODM’s resolution to have the embattled Governor impeached. The senator also maintained that Obado must resign or be forced out of the county's offices through impeachment.

ODM party released a statement that a unanimous decision had been reached together with the MCAs and the NEC that the Governor be impeached. However, today some of the county assembly members have come out claiming their opinions were not consulted concerning Obado’s fate. The residents of Migori has also come out claiming they have never had their Deputy Governor complaining of mistreatment by his senior as alluded by ODM party chairman John Mbadi. Mbadi said that the deputy governor found it had to work with the current county officials since he was not even allowed to use even the freely available county government resources like cars. 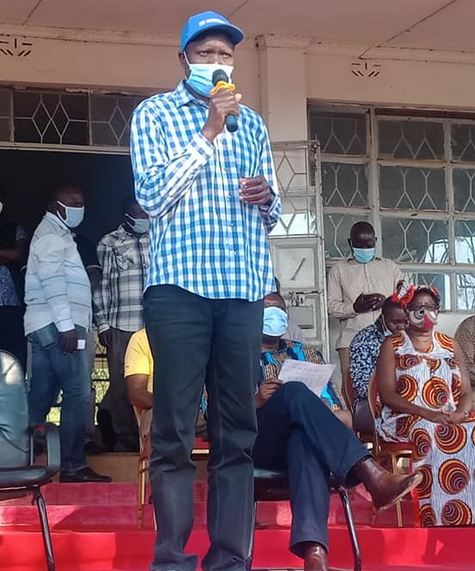 Kuria and Luo community occupies Migori County, and the complaints from MCAs and Resident may lead to a serious division within the county assembly during the impeachment debate. Moreover, may see Obado retaining the top seat for the rest of his term. Obado was escorted by DCI detectives to pick his belonging from his offices and is supposed to stay out of the governor’s office as long as the date his case will be determined. His deputy, Nelson, is expected to spearhead the county's operation during these times.