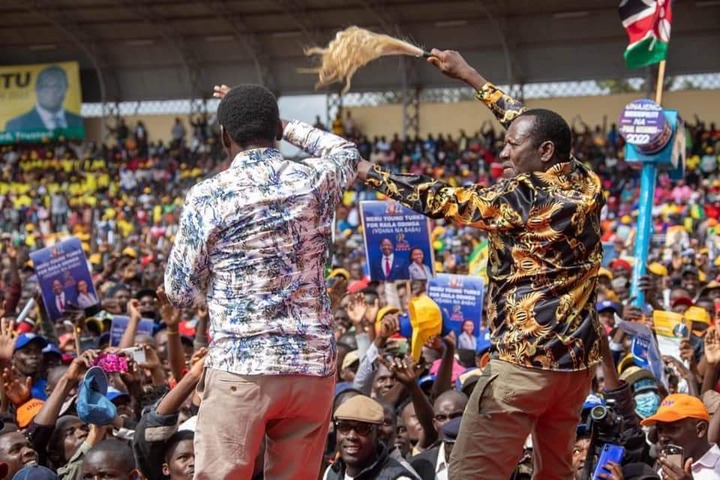 Cs Peter Munya is depending on Raila's bid to salvage his political ambition. The Cs was promised to retain his position if Mr Odinga is elected on August election.

Meru Azimio Cordinator Mugambi Imanyara has fired at CS Munya after claims of working against Kiraitu Murungi. Political pundits have warned that the supremacy battle between Mr Murungi and Cs Munya could split Azimio votes in favour of Raila's competitor.

He said Mr Munya should not expect to automatically retain the Agriculture CS post Mr Odinga has promised him. 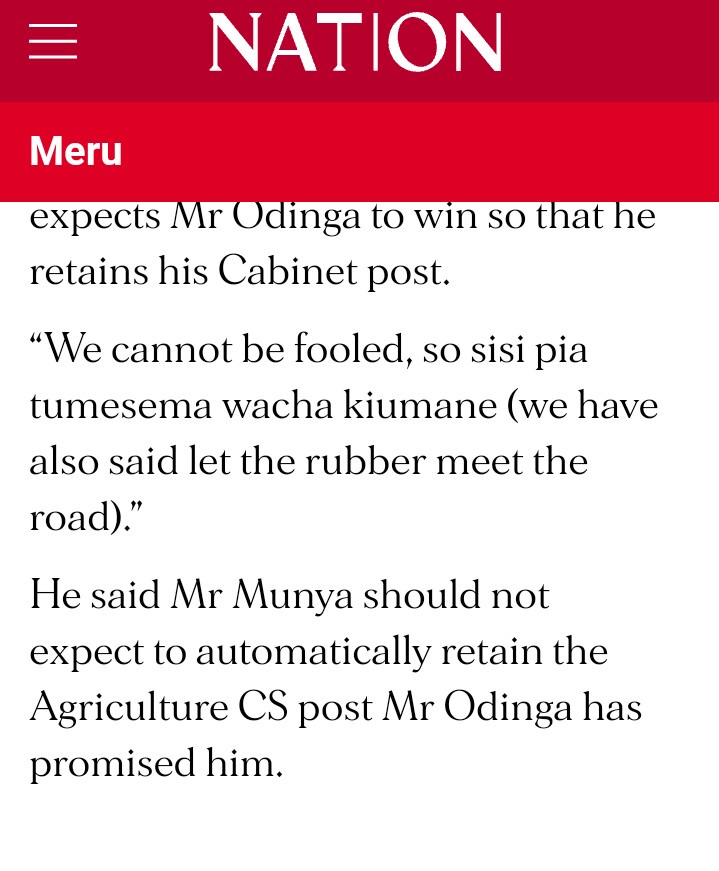 "Been Married for 5 Years. I have a Belly Piercing and 5 Tattoos" Munyi Disagrees with Oga Obinna

These Are The Seven Judges Set To Listen To The Presidential Petition In Court.