By Milton (self media writer) | 9 months ago

The orange democratic movement party which is led by the former prime minister Raila Odinga has today unveiled the team which will be using the party tickets to contest in the next general election in Kakamega County. According to the news which was shared on the social media platforms, the Kakamega Governor Hon Wycliffe Oparanya revelead that the county is now ready for the competition after having a discussion with the aspirants. 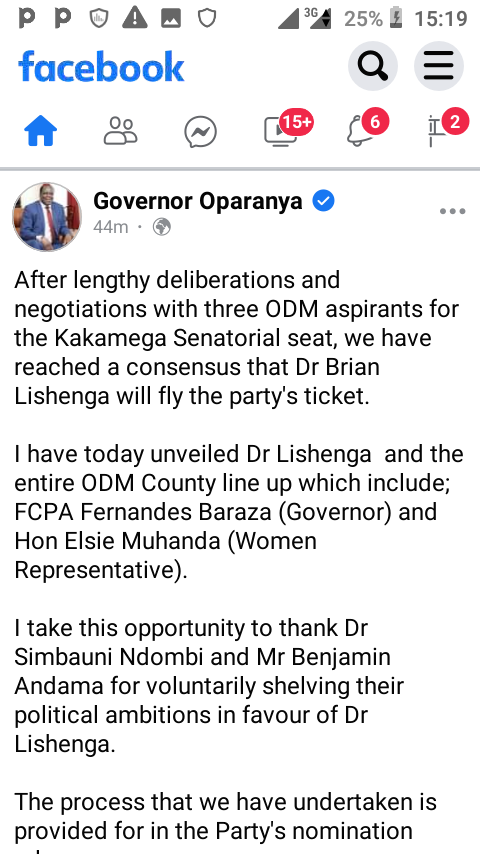 According to the news which was shared on the social media platforms, the three orange democratic movement party aspirants for senaterial seat have agreed to support on them in the coming general election. According to the reports, Dr Brian Lishenga will be contesting for the seat of Kakamega senator in the next general election using the orange democratic movement party ticket. 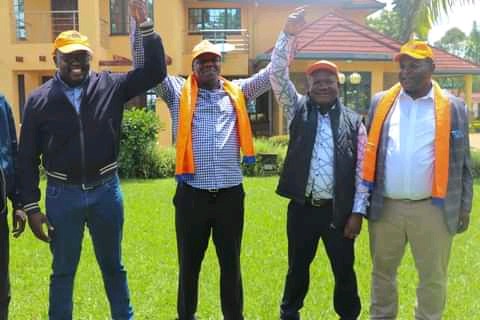