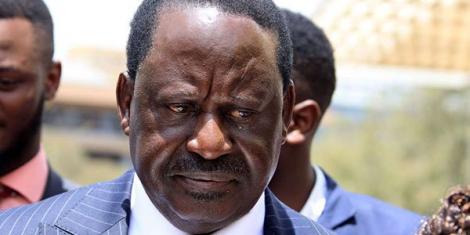 Taking to his official Twitter page on Wednesday evening, Savula said that he is in total support of Oparanya's move to ditch ODM saying that the Luhya Community has supported Raila Odinga for give consecutive times with all being in vain.

He further stated that them, as the Luhya Community leaders, must now chart a different political destiny to power.

"I am in total support of the statement by our former Governor Hon. Oparanya that he will not support Raila Odinga in future. Our Luhya community has supported @RailaOdinga in 5 successive elections in vain. Its time for plan B and chart a different political destiny to power." said Savula. 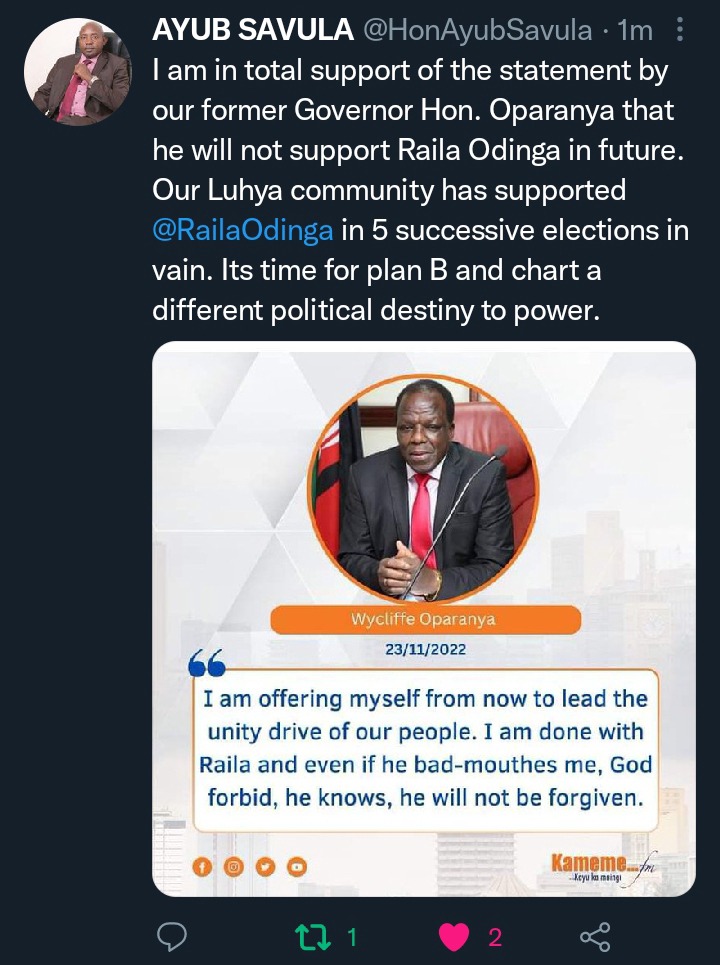 Oparanya, further accused the ODM leader of neglecting the Luhya Community in various positions in the Azimio government such as the Minority slots in both National Assembly and Senate as well as the EALA.