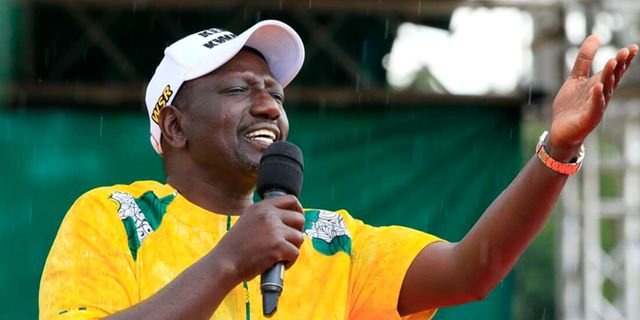 Almost every day, there are claims which are always being raised by DP Ruto and his lieutenants about the biasness act of one media channel Citizen Television.

Just this late evening, one of the top vocal allies of the Second-in-Command, Edward Kisiang'ani, has raised a serious allegation against the media channel concerning their news coverage of the political rallies made by the Kenya Kwanza and those by Azimio La Umoja.

According to him through his official online handle, Citizen Television has perfected the anti-Ruto and anti-Kenya Kwanza coverage to fine art.

He has seriously claimed that the popular TV channel has mentioned both the rallies of Kenya Kwanza and Azimio which took place today in various parts of the country.

Unfortunately, Citizen TV in their 7 pm evening news, they only showed the pictures and videos of Azimio rallies but ignored those of Kenya Kwanza.

They showed both the rally of the ODM leader Raila Odinga in Narok County and also those of the Narc Kenya leader Martha Karua in her Kiambu County rally but shown none of DP Ruto's economic forum in Murang'a County.

This is however not the first time the Deputy President allies have launched attacks on the medea channel.

We have heard several times some vocal leaders including Kapseret MP Oscar Sudi and Kimilili MP Didmus Barasa urging supporters to even boycott watching the channel since they are more aligned to the side of Azimio as claimed by them.