Inside UDA's Kiambaa By- Election Strategy

By Protichsingoe (self meida writer) | 13 days 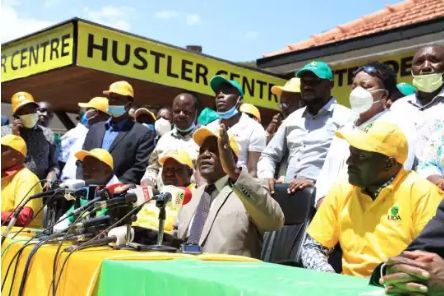 Political parties hoping to fill the vacancy left by Paul Koinange' s death have set up camp in the seat ahead of the closely contested Kiambaa by election.

Six candidates for the seat are still touring the district in an attempt to persuade voters to vote for them.

Cherangany MP Joshua Kuttuny expressed confidence in Jubilee' s victory, stating that the electorate would support Jubilee, whom he has known for six years.

Political parties hoping to fill the vacancy left by Paul Koinange' s death have set up camp in the seat ahead of the closely contested Kiambaa by election. Six candidates are still canvassing the district in an attempt to persuade voters to vote for them. Kariri Njama, a Jubilee party candidate, toured the Ruaka area with many Jubilee MPs, expressing confidence that they will win the seat. The Jubilee candidate expressed optimism about the campaigning, stating that the party is now looking forward to the by- election.

The leaders also urged residents to continue supporting the Jubilee party, claiming that the party is strong under President Kenyatta' s leadership. 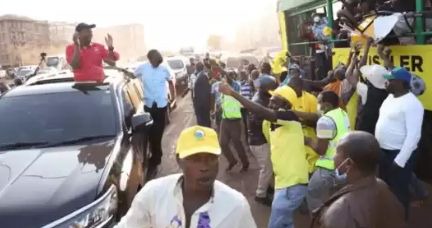 Meanwhile, leaders linked with the UDA have stated that the by- elections in Kiambaa and Muguga wards will serve as a mirror for the general elections next year. . .

" We have faith in the IEBC since they handled the by- elections in Rurii and Juja so well, " Kiharu MP Ndindi Nyoro stated.