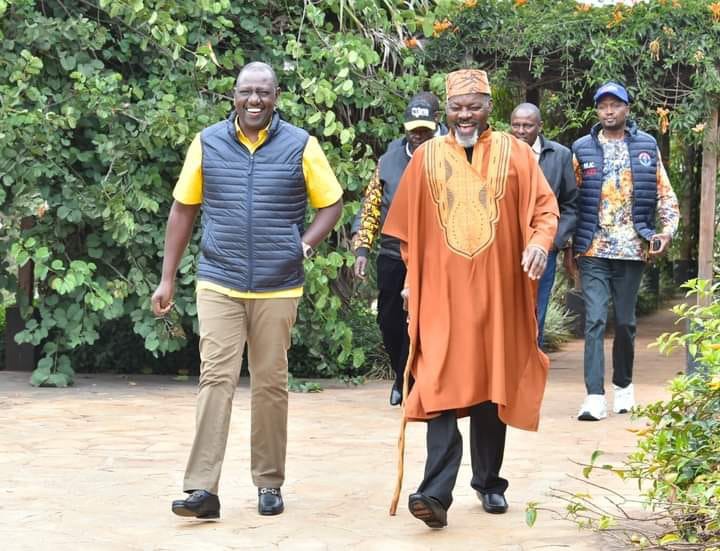 The National Council of Elders patron Mr Kung'u Muigai has revealed the details of his meeting with Deputy President William Ruto on Friday, July 1.

Muigai who is President Uhuru Kenyatta's first cousin told the Daily Nation on a phone call that he was asked by Ruto to deliver a message to Uhuru about their relationship post-election.

Muigai noted that Ruto promised to protect the Kenyatta family and the legacy of the Jubilee administration if he wins the polls. 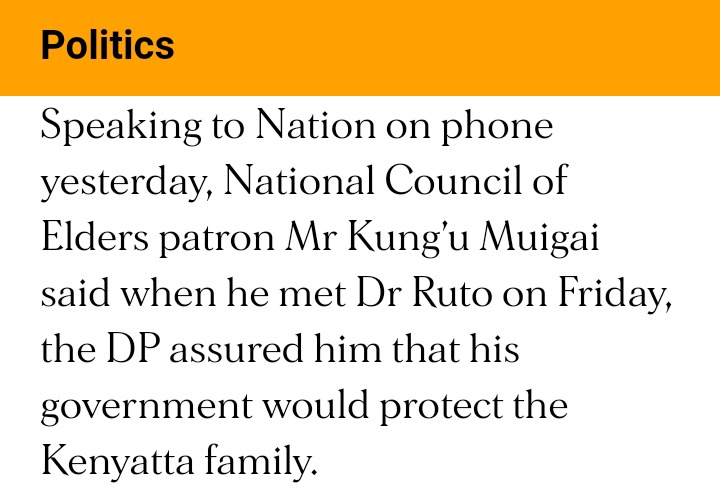 "Ruto categorically told me to deliver a message to President Uhuru Kenyatta that his family and his legacy will be well protected once he retires next month," Kung'u Muigai disclosed as quoted by the Nation.

The Friday meeting has caused a stir in the political space with Kenyans questioning the allegiance of members of the Kenyatta family ahead of the polls. Uhuru himself (and seemingly his mother) are vouching for a Raila presidency having endorsed him early this year.

The whole debate about the Uhuru's protection began when Ruto hinted at prosecuting the Head of State once he retires for allegations he referred to as "state capture" and "cronyism" of the government.

However, his footsoldiers have denied the move noting that the Kenyattas will be respected and protected by the Kenya Kwanza government.

"We have no intention of investigating president Uhuru. He will retire peacefully in August. We have unwavering respect for the Kenyatta family," Gachagua said on Saturday, July 2 at a rally in Tharaka Nithi.

His sentiments were echoed by the Speaker of the National Assembly Justin Muturi who said that Uhuru will be untouched and only left to watch how the Ruto government will prosper.

Preliminary Results At 11:20AM By Citizen TV As Raila And Ruto Surpass 6M Votes

Duale Has Been Re elected, IgnoreThe Fake News.

"Congratulations" Some of UDA Candidates Who Have Won Various Seats Countrywide

IEBC Insider Hints On When The Big News May Be Broken