More than five days since the declaration of Ebola in Uganda, kenyan officials continue to drag their feet with minimal screening at the boarder points of Busia and Malaba.

The deadly virus has reportedly spread from the mubende ground to Kampala after having claimed 20 victims and still counting.

To keep Ebola at bay, avoid contact with blood and other body fluids of anybody suffering from the deadly disease.

Thirdly, anyone who goes to an area with Ebola outbreak should monitor his or her health for 21 days,

And finally, safe burial rites are advised and people should avoid touching the bodies of the dead.

In another story making headlines, Eliud Kipchoge broke his own record by 29 seconds on Sunday when he won the Berlin marathon . He is set to pocket ksh 13 million from his exploits.

In yet another story, publishers are now backing president William Ruto's move to revise the competency based curriculum.

According to the publishers, the school system has areas that need urgent improvement. 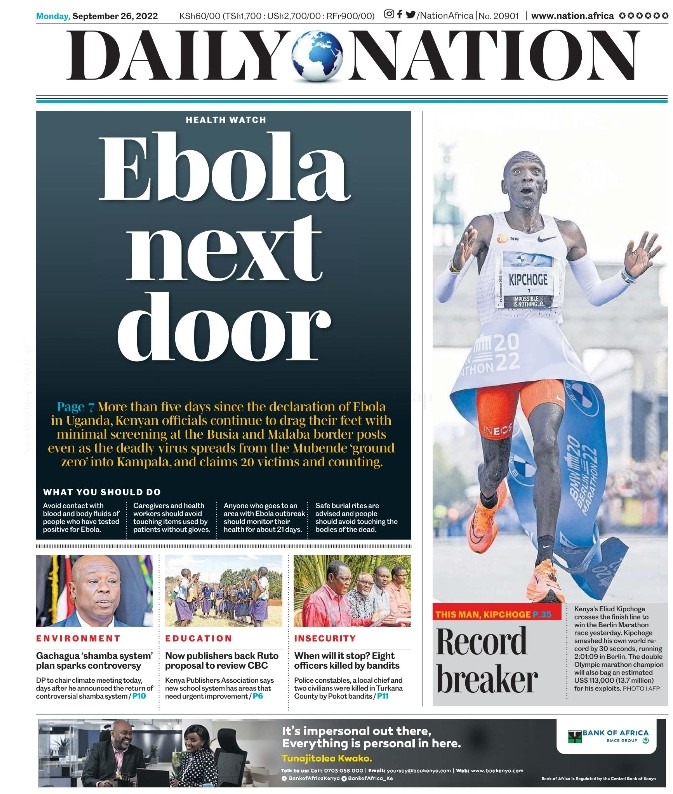 The president of the republic of Kenya William Ruto on Sunday held a cleansing church service at statehouse Nairobi.

The service was attended by over 40 members of the clergy drawn majorly from the evangelical churches across the country.

The house which Ruto will be using as his officially residence having moved from Karen has been former president Uhuru Kenyatta's home for the last ten years.

In another story, kakamega governor Fernandes barabara has directed the health staff in his county to be on high alert as Ebola virus continues to ravage sections of the neighboring Uganda.

All health care givers have been asked to heighten the screening of foreigners entering the county. 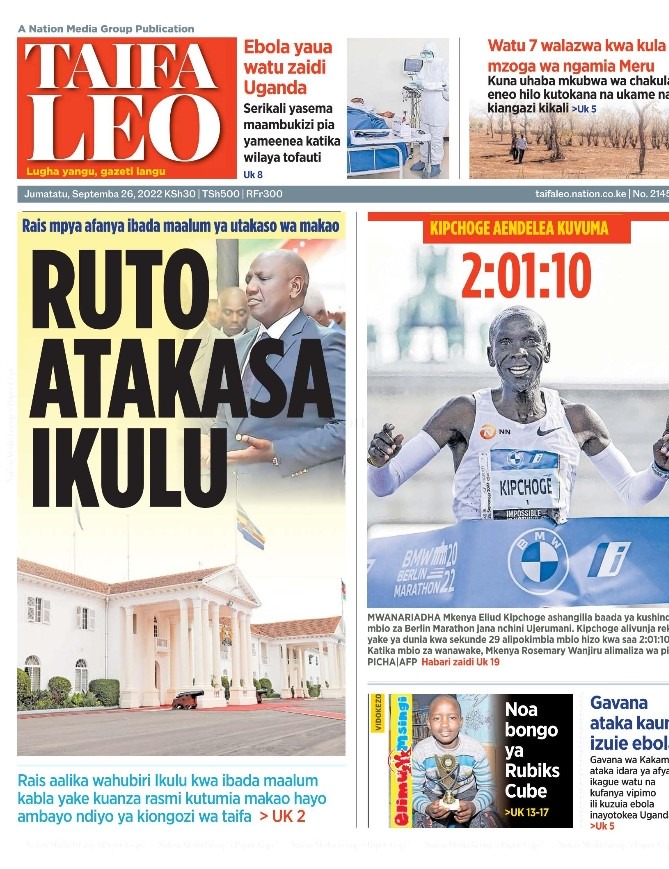 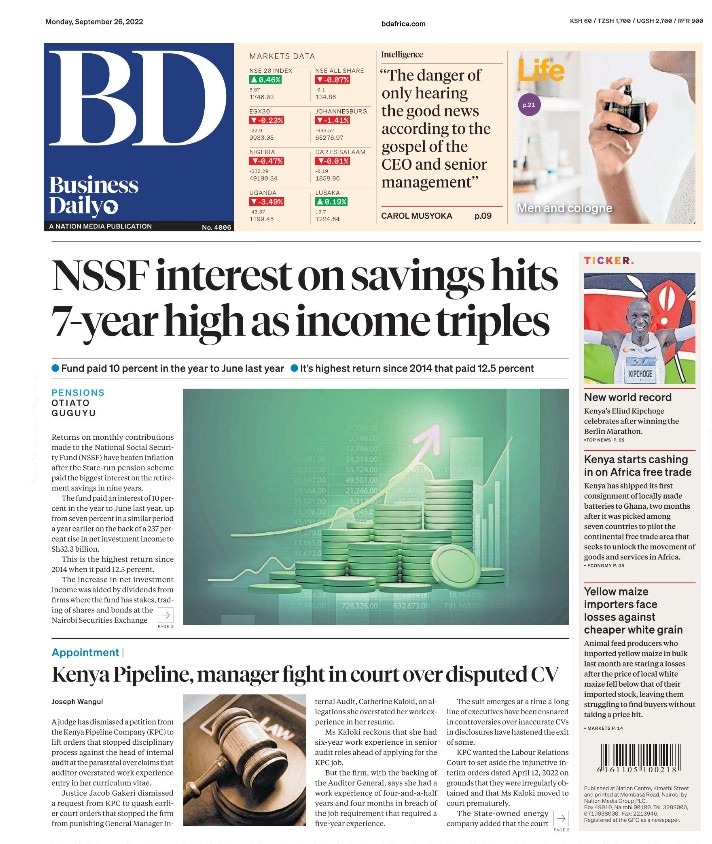 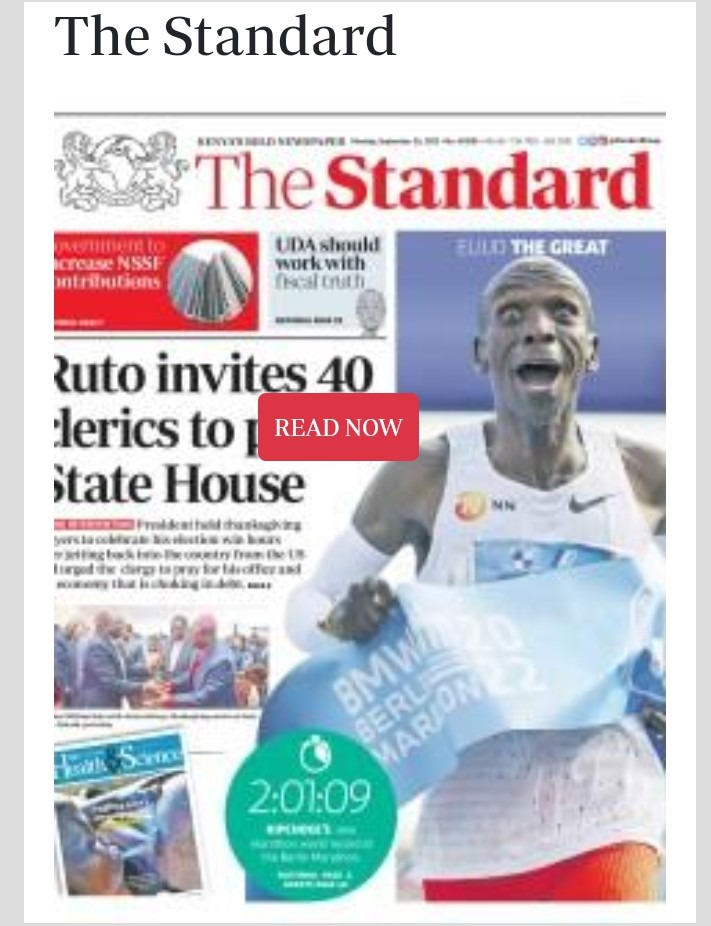 The president has tasked his Deputy Rigathi Gachagwa to see to it that he holds meetings with the governors from the affected areas to come upon with a solution that can help save lives of over 3.1 million kenyans who are facing starvation. 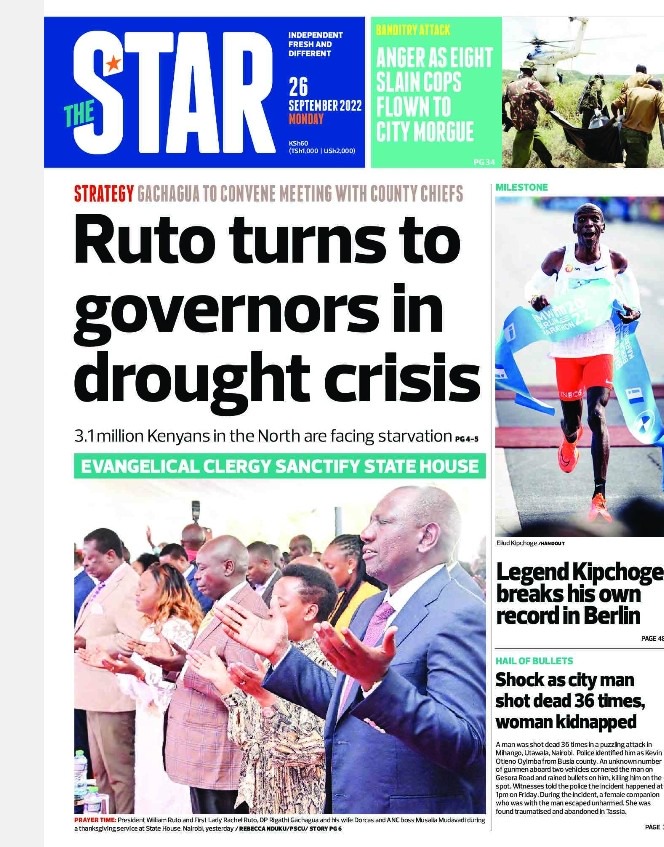 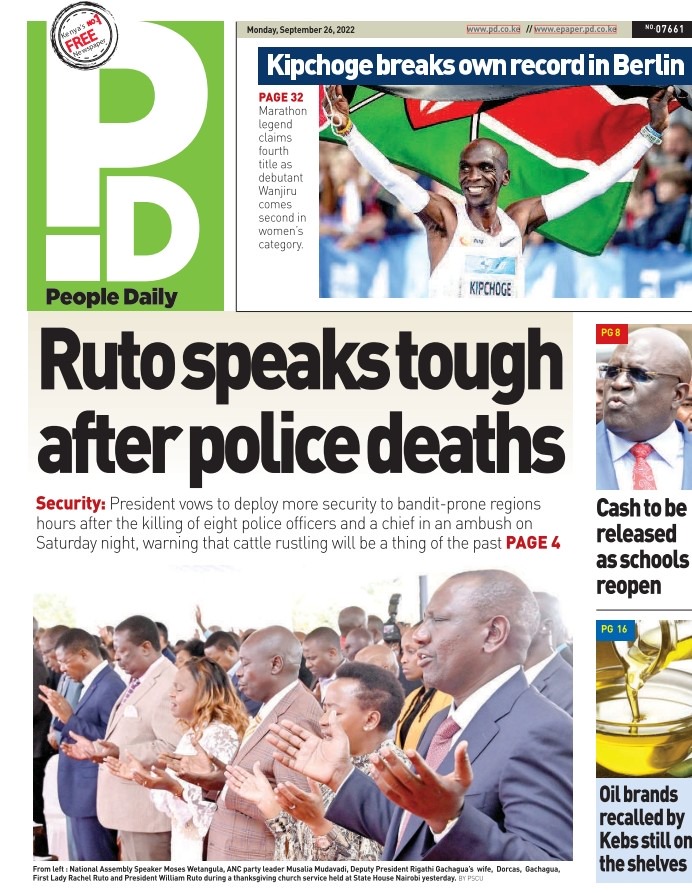