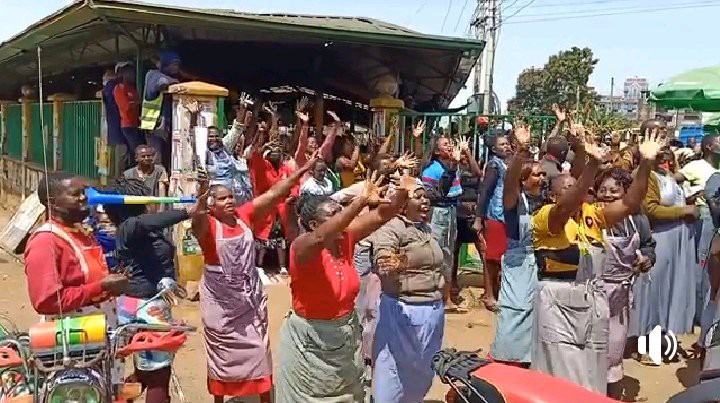 According to the video shared by Dp Ruto's close ally Dennis Itumbi, Peter Munya visited Nkubu Market in Meru with an aim of drumming support for Raila Odinga, however, he was embarrassed after the locals ganged up shouting at him while chanting"Ruto, Ruto" as Munya tried to convey his message.

His effort to forcefully sell Raila Odinga beared no fruits as the charged residents were chanting Ruto's name at the top of their voices forcing Munya to end his rally prematurely. 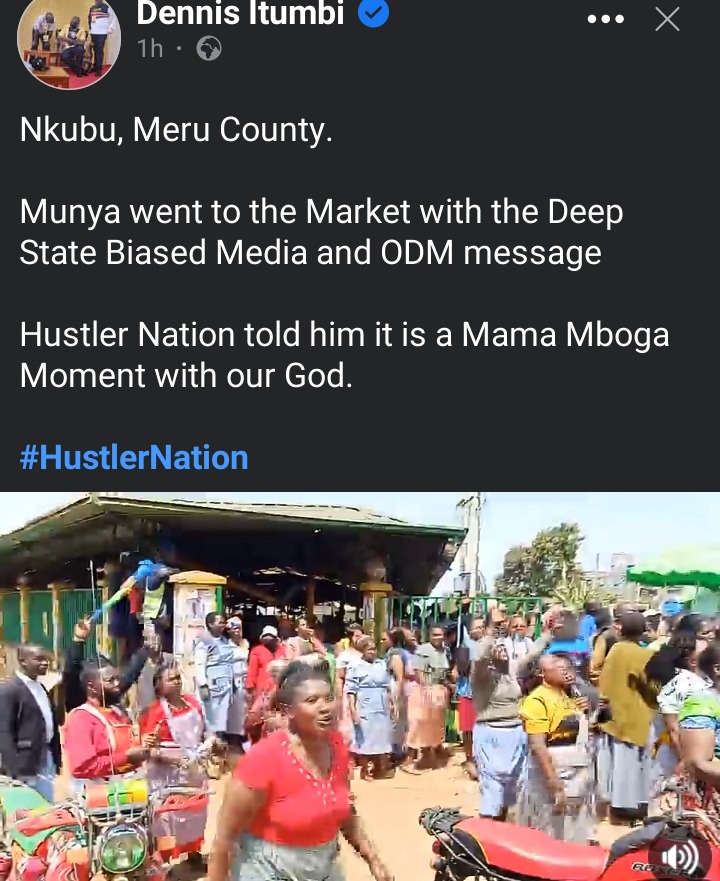 Munya who is among the campaign force for the Azimio Coalition in the Meru county is doing everything possible so as to win majority of votes for Raila Odinga from Meru county despite the resistance he is receiving with an aim of receiving goodies in the Azimio government if Raila forms the government.