By DoubleN (self media writer) | 4 months ago 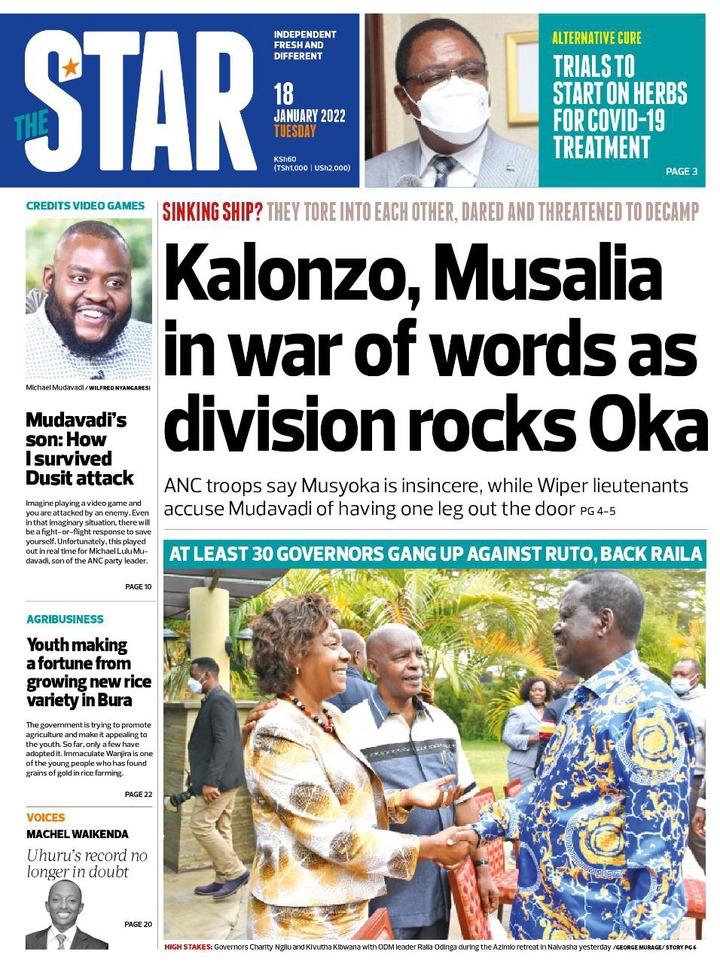 According to the report by the Tuesday standard, it's now being established that the former Vice President Kalonzo Musyoka described Musalia Mudavadi as an insincere leader who cant be trusted by any single Kenyan while Wiper Organizing Secretary General Hon Robert Mbui said that it's indeed sad that politics of betrayal and blackmail has continued to dominate the arena ahead 2022. But responding to Kalonzo's Remarks, Kakamega Member of Parliament Hon Cleophas Malala an ally of Musalia Mudavadi has told Kenyans that nobody under the earth has the ability to dictate whom they should be associating with. 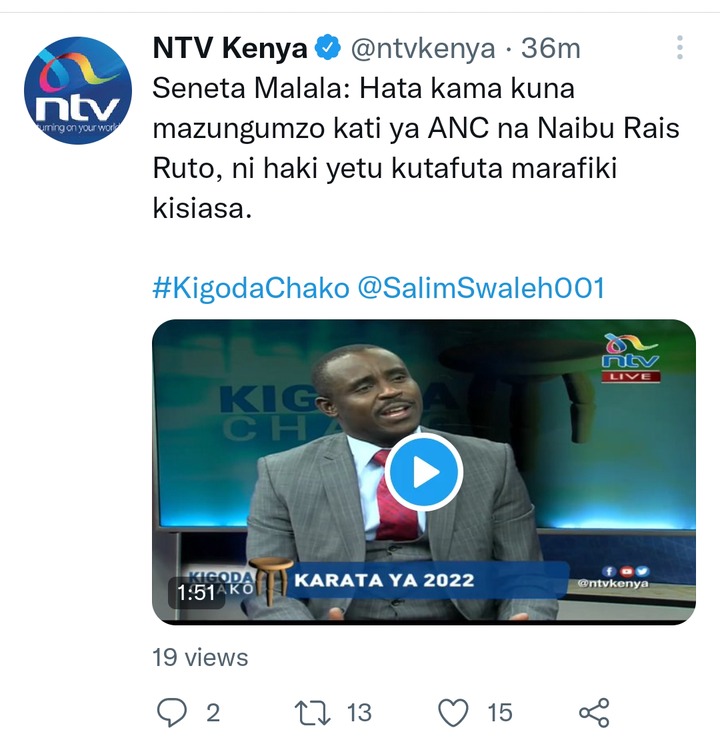 Uhuru, Ruto And Raila To Share Same Dias In This Event Set To Be In Tomorrow