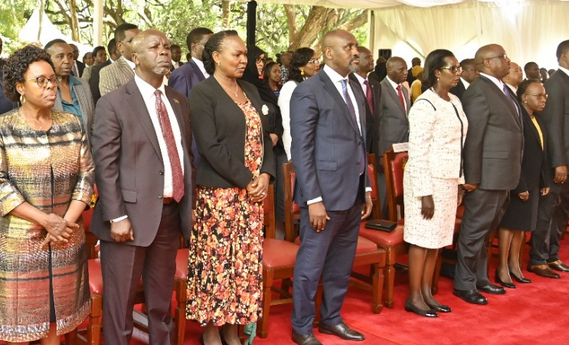 The Vice Chairperson of the Judicial Service Commission (JSC) Commissioner Macharia Njeru on behalf of the Chief Justice who is the JSC chair and the Judiciary at large, has thanked President William Ruto for living to his words, that the Judiciary should be adequately funded and resourced to carry out its mandate as stipulated in the constitution.

In his Inaugural speech, Ruto said that he was going to appoint six judges whose nomination was rejected by his predecessor Uhuru Kenyatta, and true to his words, he appointed them, and presided their swearing-in the following day.

He also added more funds to the Judiciary, a move that did not sit well with the opposition at that time, who claimed that the president was out to 'capture' the Judiciary. 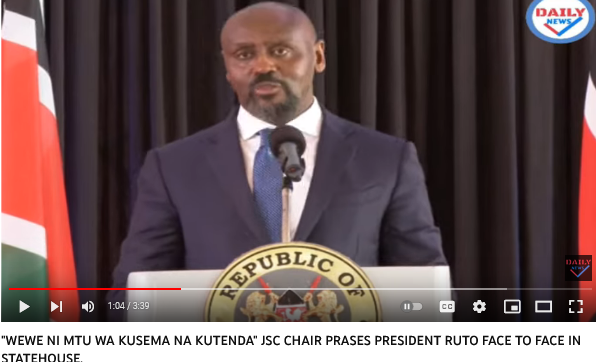 Speaking at State House on Tuesday when Ruto had hosted staff from the constitutional and independent offices, Njeru said that Ruto is a living testimony that words can always be followed by actions.

"On behalf of the Chief Justice, JSC and the institution of the Judiciary, I want to thank you more sincerely for the special focus that you have given to the Judiciary. There have been complaints before that this institution had been neglected especially in terms of resources, and the commitment that you have when you were sworn in, you have lived up to it."

"There is nothing as good as when actions are followed by the words that have been spoken, and you a living testimony to that, that whatever you said, you have lived up to concrete actions and for that we thank you."

Njeru assured the president that the Judiciary is working to clear the cases in different courts, and ensure there is sufficient administration of justice.