Azimio La Umoja One Kenya Alliance presidential candidate Raila Odinga has had his strong hold of Nyanza Region face the fiercest political campaign especially from the independent candidates, most of whom are runaway ODM members disgruntled by how nominations were held. The area threatened the most is Homabay County where the Orange party remains threatened by bigwigs in independent. The latest opinion polls predicts a possible outcome of the three top seats from the county. 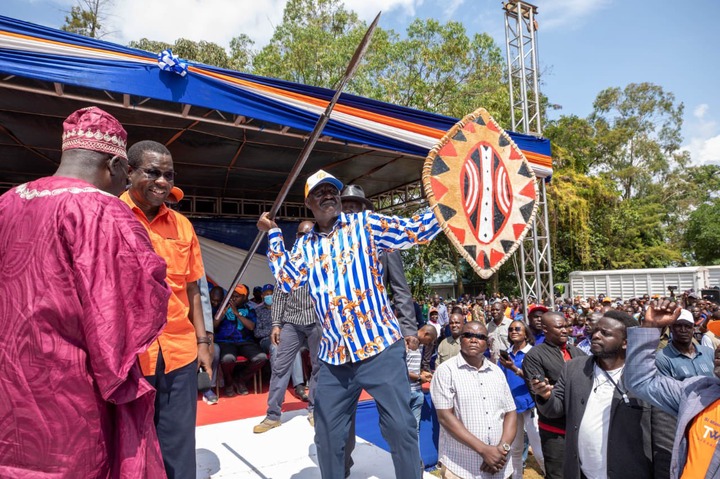 According to the latest polls by Mizani Africa, if elections were held today, ODM's Joyce Atieno Bensouda would emerge the winner of the Women Representative contest gunnering 45.3% of the sampled respondents. Molline Marucha who is running on independent ticket would come second with 25.5% while Mary Ojode, Elizabeth Ongweno and Tabitha Achieng would each gunner 18.2%, 6.5% and 2.7% respectively. 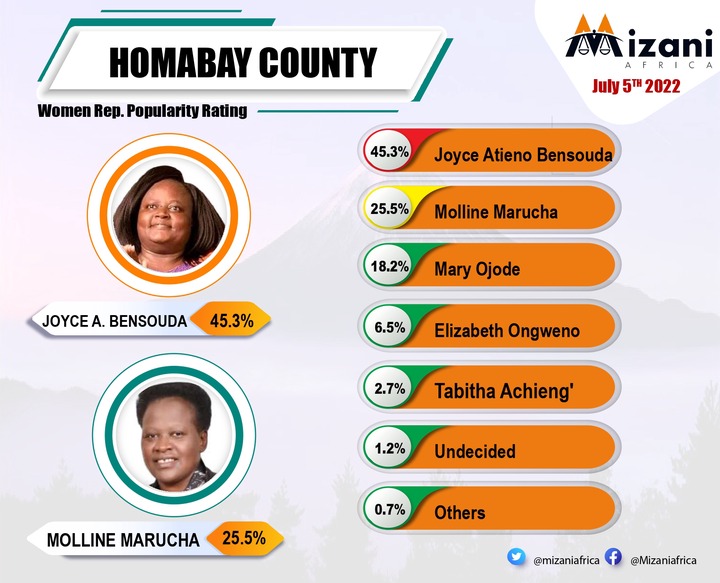 According to the Mizani Africa Polls, the Senate seat would go to the incumbent ODM's Moses Kajwang who would ganner 63.1% against Independent candidate Kenneth Kambona's paltry 16.8% of sampled respondents. Tom Ojanga and David Okendo would be third and fourth with 10.2% and 6.2% respectively. 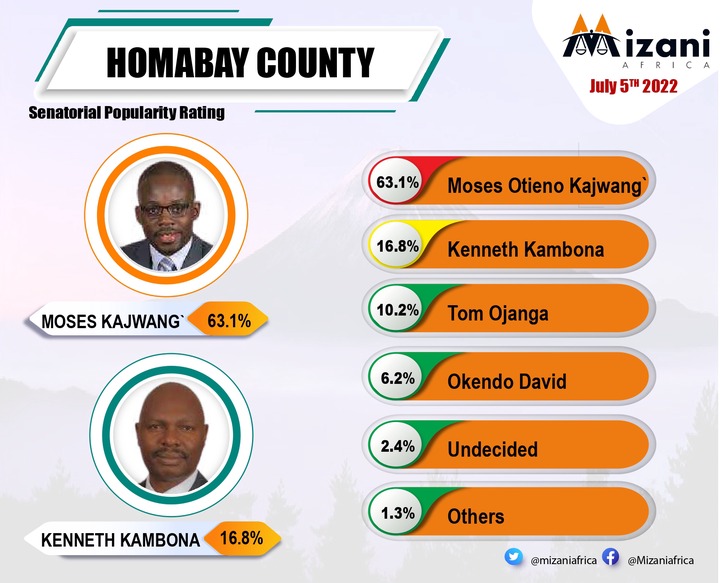 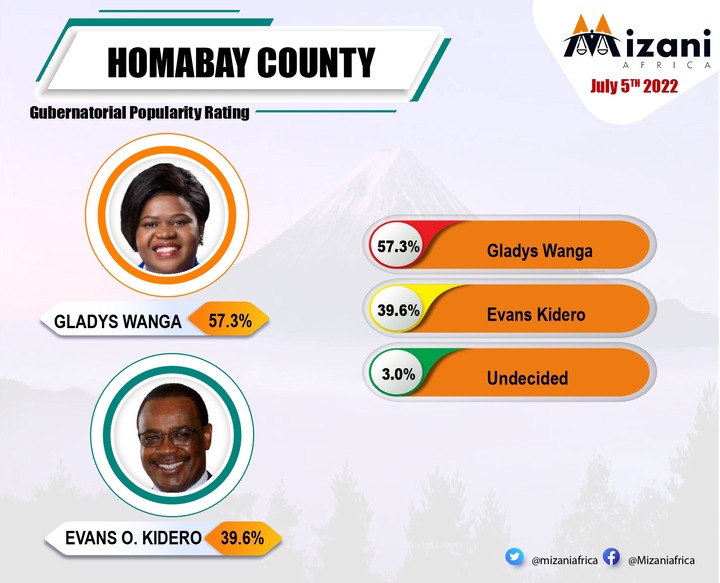 The polls were conducted between 30th June and 4th July, and had a sample of 784 adult participants through telephonic interviews. The research was conducted in all the eight constituencies across Homabay County, with a negative 3.5 and positive 3.5 error margins of 95% confidence level. A Kikuyu Proverb That President Uhuru Has Used To Pass His Final Message To The Mt. Kenya Region

Presidential Candidate Who Was Disqualified By IEBC Jets Back To The Country, Endorses Raila