By LarryKatana (self media writer) | 5 months ago 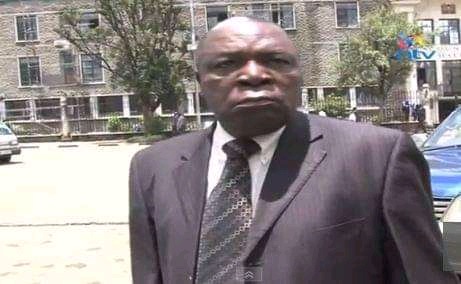 He is not your headline- grabbing MP. He is not outspoken. And he is not controversial. But Kitutu Chache North lawmaker Jimmy Angwenyi is a master in the game having been around since early 1990s.

In the Kenyan National Assembly today, no one beats his record of being the longest serving MP in the country. Though he had a brief spell in the political cold, he managede to bounce back in style and now, he is firmly on track for another term in office.

At 76 years, Angwenyi is also the oldest MP in the country, with his closest challenger being Kangema's Muturi Kigano, who is 75.

A product of a by-election, Angwenyi joined Parliament in 1994 as Kitutu Chache MP following the death of Zachary Onyonka. He would go on to win reelection in 1997 and 2002.

In 2002, he was an influential member of Simeon Nyachae's Ford People ticket.

Nyachae was in the race to succeed President Daniel Arap Moi but lost to Narc candidate Mwai Kibaki.

In 2007, Angwenyi lost the Kitutu Chache MP seat to Zachary's son, Richard Onyonka. After five years in the cold, he bounced back in 2013 as Kitutu Chache North MP following the splitting of the larger Kitutu Chache constituency.

An academic giant,Angwenyi served as a lecturer and head of department at the University of Nairobi before joining politics.

Previously, he taught at Kenyatta University before moving to the University of Nairobi.

The legislator is a holder of BSC. Mathematics degree from the University of Nairobi and a PhD in Business Administration from Duke University, USA.